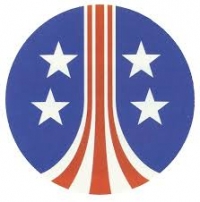 We have an awesome place where I live. They have decent screens. All movies are $5.00 a person. Large popcorn is $3.00. Medium drinks are $1.00 each. They also have about 30 arcade games on one side plus bumper cars and the ticket games on the other side. You get a card at an electronic vendor and charge it with token money. So for a grand total of $42.00 I got 4 tickets to spongebob, 4 drinks, 1 large popcorn and 15 dollars in games. We beat the breaks off the Terminator Salvation arcade game.

Why don't you tell her you got this awesome new movie called the order and it's only 10$ more but she gets an extra 6 hours of entertainment.

Whenever I go to the cinema with my dad and brothers (Which thankfully isn't too often, only mainly for MCU films and stuff), it costs us £13 per ticket (Cineworld Sheffield if any British people were wondering), which works out at around $20 per ticket in yankee dollars, and then £4 ($6ish) each just for the drinks, nevermind the popcorn... and they wonder why people would rather pirate a film than go and watch it at the cinema?

Edit: Just putting this here... yes I do know this is a reference to the other thread, just wanted to have my say on the absolutely fucking ridiculous cinema prices here in the UK lol.

Locking the copycat threads of this thread (http://gamrconnect.vgchartz.com/thread.php?id=199356).