I don't really see why it's too bad for them. They're getting additional revenue from the PC version for the game. However I don't view the PC as a platform that particularly competes with consoles and have a different audience. People who primarily game on PC, would probably ignore the XB1 and PS4 anyway for the most part. 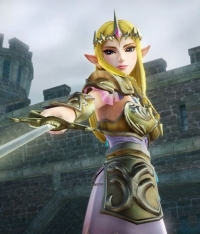 they should try and keep some true exclusives to help sell more hardware. Some people on the fence might just keep their pc and play that way if they can.

well since PC gaming is Microsoft exclusive pretty much... It's just logical... As long as it stays MS exclusive I'm fine... It's not like most console gamers are big PC gamers... Only the hardcore falls in that category and even then it's arguable...

reading this thread is just too much.

Everyone now seems to have a great gaming pc lol..
Oh you guys!.

I think what they're doing is brilliant and makes total sense (if they follow through and really start pumping out XBOX exclusive games to the Windows 10). Here's why:

As it stands right now, I have a PS4, Wii U, and a gaming PC. There's about a 5% chance I will ever buy the XBone. I don't need another black rectangular box hooked into my TV. Multiplats are played on the PS4 and PC. Exclusives are played on the PS4 and WiiU. There simply aren't enough XBone exclusives I'm interested in to warrant a 400 dollar purchase and an extra box on my shelf. But I'd be lying if I said I wasn't interested in ANY of the exclusives. I'd love to play Sunset Overdrive. I will be playing Fable Legends. Scalebound looks bloody sweet. And I'm sure there will be others. But like I said, there is little to no chance of me ever buying an XBone.

Correct me if I'm wrong, but Microsoft isn't making anything (or very little) off the actual hardware sale of a console. So, if they lose that hypothetical hardware sale from me (and others like me), they aren't actually losing any money. Just that arbitrary unit known as a console sale. Now, you could say "But hey! If they lose out on that hardware sale, aren't they losing out on potential sales of future software which have considerably higher profit margins than hardware?"

Well, yes, you would be right! Kind of. If (and only if) Microsoft goes all in on this, and REALLY pumps their good exclusives out to PC, these software sales will be converted to PC software sales. MS still gets their software sale. Thus, their bottom line does not suffer. As it looks right now, this will be purchased through the XBOX app. Which means they get to set pricing, and control things like licensing fees, etc. It's a complete win/win situation for Microsoft, despite them potentially losing a hardware sale.

If MS wants to truly unite XB and PC, just make XB a platform rather than a physical box. The majority of the profit is made on software and services anyway. By getting rid of the physical box, they'll save billions on hardware R&D and also having to reclaim market share with each new generation. It's also easier for developers because they don't have to learn new hardware every 6-7 years. We the gamers won't have to deal with subpar launch games anymore as there will only be one launch. Common issues attributed to console gaming (backwards compatibility, resolution/frame rate, outdated specs, etc) will also be eliminated as games will be scalable and run as well as your hardware can handle.

As of right now the box is the easiest way into the living room.

Yes. They should definitely keep the box. 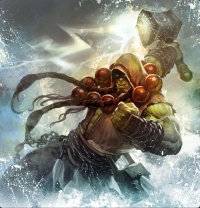 Some people saying here to others that they wouldn't have bought an XB1 anyway can't really know that. I myself have said since the reveal that i'll never get an XB1 because I don't see the point right now as I already have a PS4. Yet, I have been tempted several times to go out and buy one, I almost bought one in GAME not that long ago but i'm glad I didn't because at this point it would have been a waste of £350.

Now as for this whole fable thing, it itself doesn't matter to me (as well as many others i'd say) because I wouldn't buy it anyway because it looks shit, it's the promise of it being only the first to go to PC that interests me. For example imagine I did like fable and it hadn't went to PC, that is a reason to get an XB1, Ori and the blind forest is another, albeit very small reason to get one too. Now they've both went to PC I can play them there and that makes me buying an XB1 harder to justify. Right now i'm not really interested in anything Xbox anyway, the only upcoming game that i'd be get honestly would be Halo 5.

All in all honestly I don't think this is going to be that much of a big deal, I don't see any actual relevant games going to PC so yeah I'd say in the end this will only benefit Microsoft unless they go full retard which is unlikely. Don't even know why I am writing it this thread is pretty ridiculous.

P.S I'd bet that this whole thing is going to involve some weird XBL shenanigans

It's still a console exclusive.