Now Roman religion is definitely interesting... I would say those in power "abused" the religion for their own (political) needs. That's what pretty much always happened.

It's a polytheistic religion that serves the state. Romans didn't fear their gods, the gods helped them through all sorts of deals. Take sacrifices for example: the gods got the useless stuff no one eats and the rest was distributed to the people who were present at the sacrifice. :) It's a very practical religion. There were even ceremonies where the gods of enemies were allowed into the Roman pantheon.

There also was no canon: you could believe what you want to believe, as long as you follow the correct rituals! There are many different and conflicting myths. I'm sure many Romans didn't believe in all that nonsense. The only thing that matters was following the correct rituals! If you fuck up a ritual that will mean doom for the state!

So, very practical and ritualistic religion. No one would kill you if you said Jupiter didn't exist... As long as you followed all the correct rituals...

Yes, I agree that these religions have SOME good qualities, but I would argue that those are also found around the world regardless of religion, and even WITHOUT religion. The Abrahamic God is a cruel one with little sense of Morale, in my eyes at least. One great example of this is the story or Sodomon and Gomora; Lot (the ONLY good recident in this city) gets a visit from two Angels, and a mob then gathers around his house wanting to rape these two fellas. Instead Lot offers his virgin daughter (or if it were two of them?) for the mob to rape. That's real classy. That's the morale of the Bible. And do you know what the punishment of leaving the Islamic faith is? Death. How neat. Great morale ;)

I'm sorry if I sound a bit harsh and angry, that's absolutely not the case =) I just find these things interesting. 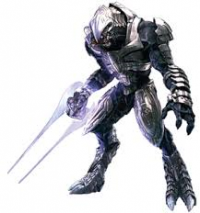 I agree with the banning of a piece of clothing that hides ones identity- its a matter of security basically no matter what religion people fall into. This may sound harsh but if people travel to other people countries (especially china) they should be expected to comply to their thoughts and actions towards these issues. This sounds similar to what TONY ABOTT was planning to do in AUS where he wanted to ban the burqua in parliament house but couldn't because the greens called "racism" etc.

I am like no, it could be a man behind that piece of clothing with bombs or something strapped to him.

Yes, this seems familiar! The more I hear of these ancient religions, the more I appreciate them actually. And yes, the nobilis would almost certainly abuse the religious power to gain political power, but it seems to me it was in such a manor that I would almost describe it as the reverse of what we have today. If that makes sense? :P

I guess that was one of the great things with ancient religion (and ultimately, its greatest weakness) it wasn't orginazed it the same way as christianity or islam.

Bolded: that also rings a bell! Very handy actually :P And if I remember correct, didn't erly christians adopt some of the rituals? That's why we have quite a few of them in catholicism?

Yes, but wouldn't it make more sense to ban ALL face masking then, and not just the burqas?

Well, they may be atheists but I think we both know that the state religion is actually political correctness. That's why a Christian preacher who denounces homosexuality runs the risk of prosecution for hate speech in Sweden while an imam who does the same is going to be left alone.

It's okay, you sound fine. I think that for every sick verse you will find a noble one.

As for Lot's action, I'm not willing to excuse it, and I'm not sure the bible excuses all actions that are described in it either. Lot may have been a righteous man, but so was David, and he took Uriah's wife in adultery with him, and had Uriah killed in the battlefield.

So being righteous doesn't excuse all one's actions, even if they are documented in the bible. Perhaps Lot's intention was noble but his actions were less. He may have intended to forbid a holy angel of God to be defiled, but perhaps his approach was wrong. It is difficult to judge since we don't know if there is a different offense between raping an angel and raping a human. It's a sick question, but let's remember that the central point of the story is that the people in that land were sexually perverted.

The Christmas tree as well.

I'm pretty sure a country can't have a religion  :p