Going by nintendos trend of console sales its successor would most likely sell 5-6 million lifetime. The next mario game 2-3 million. As you can see shrinking console sales equals shrinking software sales equals shrinking PROFITS . unless they want a 1 million dollar profit on a huge investment they should consider pulling out of console business and focus on hybrid tablet/portable. They make smaller profits on console if any, compared to portable

That's nice.  Though the laptop will probably cost $1000 to even match the PS4.

This is a great idea, I'm all for Valve and Nintendo joining together.

I didn't realize these ridiculous 'going 3rd party' scenerios were somehow rooted in reality....   I thought we were all just circle jerking to stupid ideas that would never happen (and yet somehow never go away).

That is not innovation that is a wish or desire.

This confuses me every time I read it, and I see it freaking everywhere. WHY do people make the argument that Nintendo consoles are for kiddies, and they make nothing but kiddie games, so they won't purchase one? Almost every thread in the video game section has somebody saying that they want Nintendo to just become a software designer and bring their games to their console of choice. So why not buy their console? If you want their games, spend the money. They are currently the only profitable console-maker, there is no way they are exiting the hardware market. I just wish that people would learn that it makes no sense to say you don't want a kiddie console, and then at the same time say you want their games to come to PS4/XBOne. Nintendo deserves support, not the disrespect they are given. 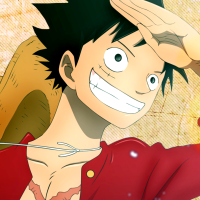 Am I the only one who feels like Kapi was only being half serious, if even that much? I might be wrong, he might genuinely feel that way lol

Anyway, people keep throwing around the word innovation when it comes to Nintendo. Someone even gave a definition of the word, claiming that it means that Nintendo is some how setting industry wide standards. Well, I wanna ask something. What standard have they set exactly? They were great in 80s and 90s when it came to software innovation but post Snes, what have they really done?

Motion gaming was a nice little thing with the Wii and is still used on the Wii U but can we really say it set the standard? I mean many of the "hardcore gamers" claimed to have hated the Wii mote and while the competition tried to mimic it in their own way, it never really stuck and it's seen as one of the reasons many people dislike the Wii U. The Gamepad is extremely controversial, while I myself don't mind it as a controller, others see it as a nuisance. Second screen gaming is a neat idea and I won't lie, I've met people who love it but when the majority simply doesn't care for it can you still call it a success?

3D gaming on the 3DS flopped harder than anything else, how many people actually turn it on for more than 20 minutes at a time or just to see what the cut-scenes look like with it on. As for their games, while I love most of their first party line-up nothing really screams innovative to me. Nintendo does things in a different way compared to the competition and while different in no way means bad, it doesn't necessarily mean innovative either.

There isn't much going on with Sony or Microsoft that is very innovative either to be fair, the Kinect and PS Camera are big time flops and we're simply not ready for virtual gaming just yet in my opinion. The bottom line is, people don't really want change, the stats don't really lie. While the Wii sold extremely well, it didn't take long for people to jump off that bandwagon and go back to standard gaming.

Of course, this just my opinion and I'm sure many will disagree and that's fine. How would 50M sales of the next DS compare to smartphone sales? I was thinking nintendo could release a smart phone that plays their games like the DS does.

Some Nintendo Innovations, since the SNES

Gamecube - Mini discs, power packed in a small, quiet package, dual stick controller, arguably one of the most comfortable of all time.

Wii - Motion controls (many say that it is the ONLY way to play shooters, as since the introduction of the motionplus, it mimicks the sensitivity and twitch reflex of a mouse). Also virtual console, something that had never been done before; innovation through retro gaming? Oh, and Miis, which caused the other console makers to create avatars as well, they also started using miis in games, new concept-ish.

Wii U - Gamepad, one of the most under-rated (and underused) features of all time, plenty of innovation here, off-screen play being a huge one, and then basically every other feature in a controller all rolled into one controller. They also created mii-verse this generation, one of the greatest social gaming creations of all time.

I'm sure I missed many, many things, but Nintendo is the industry leader in all innovation, and this list is only their television based consoles, not their handhelds, where they have innovated a ton as well. Not to mention the amazing games that they pump out year after year.