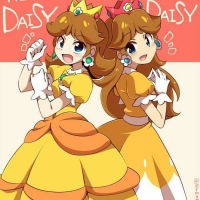 It will have 12-16gb of Ram probably, with a good GPU and CPU at that year will be cheaper my guess is 4K 30fps for all consoles if not 2k upscale to 4k After the backlash this time round, I could see Microsoft really bumping their specs to not be second best. I think they will be looking at 24GB DDR5 RAM, paired with a much upgraded 8 Core at around 3.5GHz, SSD obviously, and a 5x powerful GPU. Price maybe $449??? No disc drive either.

Currently, you don't know if it could be done currently. By the next release, probably

Thanks, that sounds very reasonable. I still think 16GB is a bit low in 5 years. Laptops already ship with 16GB now. 24GB maybe, 8 for the OS and as a memory cache, 16GB available for games.  AA will still be needed in 4K. This gen has made a 16x jump in memory as opposed to the 8x jump the gen before. Last-gen was memory starved though, and an OS with video features is pretty memory hungry. If you go by 8x increase from original xbox, 32GB would be the next step. Yet skimping by on 16GB of very fast memory shared memory would probably deliver better optimized games.

As for HDD, I expect marketing to be the determining factor there. Sure SSD is getting cheaper yet the cheapest 1TB SSD is $419 currently, vs $50 for a 1TB HDD, $78 for 2TB. That difference won't be eradicated in 5 years. A cheap 2TB model, and a more decked out 4TB model seems more likely than a 1TB SSD model next gen. It's simply the easiest way to save on costs.
It's hard to tell, some already predicted SSD's to catch up to HDD late last year or this year, others still expect a factor 6 difference in 2020 for large capacities. Since next gen will be even more about digital only consoles, I expect capacity to win over speed.

~15TFLOPS GPU is pretty much common number that's been speculated for quite some time now, mostly based on previous gen jumps.

Not convinced it's enough for native 4K though - current high end gfx cards perform at 1/3 at that res compared to 1080p, and while 15TFLOPS would be certainly more than enough to render games natively in 4K, actual "juice after resolution jump" left to enhance visuals over current gen would be be only around 2.5x - which is quite lower than 5x or so in this gen.

Hence, I do agree with 1440p estimates - it's 4K divided by 1.5 (which I'm guessing good in-built hw upscalers would have less problems with), and it actually gives around the same "juice after resolution jump" as last to current gen jump.

Other option might be anamorphic 1920x2160, which is only around 10% more pixels than 1440p and keeps vertical pixels intact.

and i hope it will be backward compatibility with PS1, PS2, PS3 and PS4

i hope it will use USB 4.0 and high speed port for PCie hard disk, blue tooth 3.0 and wifi direct

still using blue ray or dual layer one, or if there is a new media it will be cheaper unlike PS3.

I dont think it will be 10 time more powerfull, but I hope it will be 6-7 times more powerfull. that would give it arround 12-14Teraflops, enough for 4k at high quality. 32 GB of RAM would be nice. And probably a 2 TB Hard disk drive. SSD is too expensive, but it might replace a disk like that. A bandwith of 0.8-1 TB/s would be great too. I would like a CPU at least 2 times faster than the current. Anyway, its going to be a long time, I guess six years after PS4 Launch, 2019. But if Microsoft and Nintendo continue selling a lot less, then next gen could come earlier.

An 8x faster GPU with 10x faster memory bandwidth would handle the 4x increase in resolution, unless the extra power is used on bigger effects.

With the pixels being finer, they can reduce some things like anti-aliasing as well.  For example on a regular PC monitor, you need LCD sub-pixel font rendering to make text look nice, but on a Retina resoution screen the pixels are so fine that you don't need sub-pixel fonts.

Actually yeah,I take that back.Sometimes I forget that there are other quality settings besides ultra.

So now, I'm guessing we could see it running 4k at medium-high settings,I hope you are right about the cpu though, a powerful 8-core cpu would be more than enough for that resolution, a 16-core would be interesting as well, so that some cores are used for background tasks and the ones left are all used for gaming.