Forums - Nintendo Discussion - Yahoo: Pokemon is killing Nintendo because its selling too well

The Pokemon Company was established in early 2000 to handle the licensing ventures of the Pokemon brand (animation, trading card, apparel, etc.).

Nintendo hold the trademarks & copyrights related to the brand, and also the publishing duties.

Nevertheless, The Pokemon Company acts as a seperate entity from Nintendo. Their moto: to produce Pokemon and extend its reach; hence, their ability to publish on IOS.

GameFreak is independent. Creatures on the other hand, is the successor of Ape Inc. (owned by Nintendo), Mother series developpers.

Much like Hal Laboratory & Intelligent Systems, Creatures had capital injection from Nintendo.  In essence, Creatures is a seperate entity from Nintendo, but has ties to them. They have an ownership in Creatures; however, the percentage is small orelse it would be mentioned in Nintendo's IR reports.

Why would I ever do that? I've made hundreads of threads and I've never done that or been accused of doing that before...

No I'm not blaming you. The article itself was just so mind bendingly unbelievable that it was the only conclusion I could reach to justify the situation in my own head. I still can't believe what I read...

Oh right, haha, yeah that's why I posted it. Its not an opinion piece, its an actual news article which I just couldn't believe.

Having games sell too well can kill any company...wait what? Pokemon not being on smartphones is a good thing, as those profits are extremely short term.

Seems the author wants to play nintendo games but does not like to buy a nintendo console/handheld for it... such a bad article ... 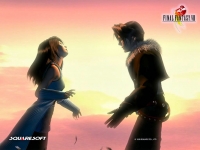 I'd also like to point out that there are a lot of similarities between the mobile gaming craze and the video games crash of the 80's- a saturated market, crappy games flooding in with no filter etc. that's why Nintendo brought out the seal of approval, and swore never to let it happen again. I seriously doubt Ninty would ever want to enter that environment. They'd be compromising their own standard of quality, which is why the core has remained loyal to them throughout the years. They'd make a buck in the short term, but would lose in the long term. I can't understand how experts, investors etc. can be so shortsighted. It's their JOB to think about the future!!

blah....and this is why yahoo is becoming irrelevant.

I must say I actually kinda agree TO AN EXTENT.
I think that releasing small games on mobile can indeed benefit the company and the consumer - it increases profit, which can in turn be used to develop the real games on the consoles. Not only that, but it can also increase awareness of the brand/franchise. Putting something like Dr. Mario (a PUZZLE game) on iOS just sounds logical really. A Lite version of Mario Kart DS or something also sounds reasonable.

Of course, when companies start developing freaking Bioshock for iOS, that's a whole other story.