Not sure if I wanna buy this or Sunset.

Well I read a lot and gave up because of the same dumb arguments. But le me see if I recap some of it. If I miss some please quote and add it.

1) "its an amazing deal, 4 games for one": No doubt about it. But if the 4 games are garbage(not that they are, just an example) I would not pay nothing for either. Or, if I dont like them like for say fish, I would not buy 10 diferent fishes for 10 dollar no matter the bargain. So being a good deal does not make the game better and should not factor into the score.

2)"But all the games scored much higher than that":  That might be, but they scored that at that time. They have to be held to the current standart and they dont hold up. Even if halo defined a genre, other games came after and improved upon it and halo has to meet those new standards aswell.

3)"But TLOU scored so well and it was only a year old, so its ok when sony does it and what about god of war collection?": This is famboyism at its finest. How many games dont come out with a complete edition or game of the year edition or some other nonsense to cashgrab? That doent take from the game that it was spectacular like the last of us and was not dated cuz it was only a year old and the main diference was that this new edition just happen to be released with the new console at the time cuz the game released just a few months before the new console. God of war was the same with I + II and quite reccent was the second one. Anyways a game score does not depent on another game score. This game has to stand on its on 2 legs and not depend on the competition did better argument.

4)"there hasent being a game of this scope before, with all the maps story and guns and exct": Maybe. But does all that matter? I think not, considering most people who get this game wont do any of that. They will most likely play halo 2 story once and never go back to any story, just playing multyplayer. This is the same reason Activision dosent release a modern warfare edition or madden 10-15 into one. Once the final one is released, the others are inmediatly irrellevant and almost no one will play them, so its not really that much of a bargain if you ad something that nobody cares about.

But all this whining can be sumirised in one comon one. "how can people not like better what I like so much, it deserves better cuz it does to me". 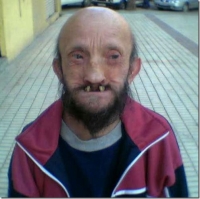 Just finished Sunset yesterday and the game is just pure awesomeness... I hope they will come out with a second one :)
But I''m dying to play Halo from 1 to 4 on my Xbox One next week!

Well the 3D version got 94 on metactric last year?

And up until this point and likely continuing the slight difference in power has meant almost nothing other then pissing contests for fanboys. Most people couldnt tell the difference.

It's on handheld so graphics and a few other issues are not present. Also, 94 is a lot different than 99.

Those are some pretty awesome scores it's been getting so far, Wondering who is going to be the first site to give it a ridiculously low score to try to get hits.... you can feel it coming.

88 after 20. Still one of the best scores this gen and something not many games I have seen coming in the next six months will achieve.

Dont see it going down by the end as I think reviewers that have taken their time are mre likely to give a psiitive review.