Forums - Sales Discussion - Bold Prediction: SSB.U Won't do much for Wii U.

I know this is an odd statement to be made because most Nintendo fans here are expecting this game to be the hottest release later this year on WiiU, but I'm here to cut the chase.

-I don't think so. WiiU took more than 4 months to sell half of the numbers PS4 sold in Destiny's week.

-MK8 is selling extremely well even to this day. But it didn't move as many systems as people had believed it would be. So SSB., being even more obscure than MK and being cross-platform with 3DS, won't move just as many systems as MK8 did.

-The belief Christmas is always good for WiiU might as well be a downside this year, now that the competition is also more interesting/strong and offer a vast range of games to chose that people will consider getting without thinking rather than a 1st party WiiU obscure title.

-Most Nintendo fans don't care bout graphics and that's a proven fact (and it's also ok). They will simply get the 3DS version if they only have a 3ds. SSB won't be a decisive game into buying a WiiU if you were on the fence. Nintendo seemed to make 3DS WiiU's more feracious rival right now.

-MK8 is proving that people still buy tons and tons of Nintendo games but Ninty isn't really capturing new audiences as they would like to be capturing.

So what people honestly think?

I think SSB.U will be WiiU's Tearaway: it will be awesome and people will beat you into buying a WiiU just to play it, but ultimately it will fall down into the obscurities of niche alongside the rest of the WiiU's library with it, while the 3DS version will end up eating most part of sales and making it the definitive place to play the 8th gen's SSB (sound sad I know).

EDIT: Can someone please move this to sales discussion? Thanks!

Nothing really bold about it, 3ds version being out first hurts.

Seriously though Smash may fail to sell WII U's for the reasons listed above and I totally agree but I think Smash is just as popular as MK is.

Meh, I've been saying this ever since the 3ds version was announced :/

What's bold about this? Most people don't belive this game will move a lot of units. Don't belive polls on this site, too many proxy voters. Just watch the comments. 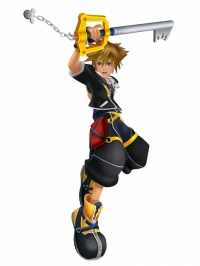 I don't think the 3DS version will be the definitive Smash Bros. Graphics have nothing to do with it, it's the controls. Console Smash simply has better controls than the handheld version. The circle pad isn't ideal. Plus, multiplayer, which is obviously a big reason to get Smash Bros. The only way to play MP with friends is if everyone has a 3DS, and can be annoying to setup even if everyone does. It's also not the most fun way to play with your friends in one room. None of that's an issue for the console version, and will still make it a worthwhile purchase. As for if it will still sky rocket Wii U sales, I don't know, but I don't think the 3DS version will impact the Wii U version's sales all that much. I've even seen a lot of people skipping the 3DS version because they know the Wii U version is going to be the superior version and they'd rather just get that.

Yup, same for me.

Nothing bold about this prediction. It will move some units in the first week and then fall a lot. It will surely sell better than tearaway tho.