Forums - Politics Discussion - Scientists prove: US is oligarchy, not democracy

IF the US is an oligarchy, would YOUR OWN country qualify as one too?

Study: US is an oligarchy, not a democracy

The US is dominated by a rich and powerful elite.

This is not news, you say.

Perhaps, but the two professors have conducted exhaustive research to try to present data-driven support for this conclusion. Here's how they explain it:

Multivariate analysis indicates that economic elites and organised groups representing business interests have substantial independent impacts on US government policy, while average citizens and mass-based interest groups have little or no independent influence.

In English: the wealthy few move policy, while the average American has little power.

The two professors came to this conclusion after reviewing answers to 1,779 survey questions asked between 1981 and 2002 on public policy issues. They broke the responses down by income level, and then determined how often certain income levels and organised interest groups saw their policy preferences enacted.

On the other hand:

When a majority of citizens disagrees with economic elites and/or with organised interests, they generally lose. Moreover, because of the strong status quo bias built into the US political system, even when fairly large majorities of Americans favour policy change, they generally do not get it.

Americans do enjoy many features central to democratic governance, such as regular elections, freedom of speech and association and a widespread (if still contested) franchise. But we believe that if policymaking is dominated by powerful business organisations and a small number of affluent Americans, then America's claims to being a democratic society are seriously threatened.

"American democracy is a sham, no matter how much it's pumped by the oligarchs who run the country (and who control the nation's "news" media)," he writes. "The US, in other words, is basically similar to Russia or most other dubious 'electoral' 'democratic' countries. We weren't formerly, but we clearly are now."

This is the "Duh Report", says Death and Taxes magazine's Robyn Pennacchia. Maybe, she writes, Americans should just accept their fate.

"Perhaps we ought to suck it up, admit we have a classist society and do like England where we have a House of Lords and a House of Commoners," she writes, "instead of pretending as though we all have some kind of equal opportunity here."

I don't want this to be a "Let's all laugh at America!"-thread. Instead, I'd rather like to discuss the following question:

Would these scientists have come to a different conclusion if they had analyzed YOUR country's political system?

Because I believe that the findings would be very similar in my own country, just like probably most (if not all) western-style "representative democracies". Do you agree? If not: Why, what makes your country's political system different?

From the UK, and, they would have come to the same conclusion.

People should stop looking for political solutions to things. This is why movements like weed legalisation and gay rights piss me off so much... not because I disagree with their message, but because I hate the fact that they're such political movements.

Apolitcal, that's how you bring about real change. Fuck writing to Congress to get rid of the Federal Reserve or IRS, just switch to cryptocurrencies. Stop donating to the NRA... support the Wiki Weapon project, instead.

Want to shape the world of the future? Don't get some shitty internship at some beltway think tank, learn to program, and help bring cryptography and decentralisation to the masses. 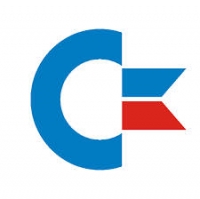 When you remove the access to politicians from the common man the problems start.
Then only strong pressure groups get access and those are often representing the few and wealthy who don't want to change the status quo. In addition, when you got politicians that are more concerned with reelection than actually doing something for the (majority) common best, you are screwed.
Sadly, the only way to change this is by revolution, but then you in most cases probably end up with new people in charge doing the same things.

Italy is probably in a category of its own :)

Very interesting conclusions! I agree to about anything you say. I too believe that the masses have a much better chance at bringing actual change to their advantage by supporting decentralized, grassroots solutions like cryptocurrencies etc. instead of believing in the usual, rather symbolic options they have in their actual political system.

You do not need scientists to prove that....

Even the most casual obsever knows this by now, surely.

I don't know who Robyn Pennacchia is, but I am betting she has one hell of a backfeifengesicht. Smugness and defeatism, all in one stupid package!

Well they are at least nice utopic taughts. Unfortunatly, at this moment it wont be possible to achieve anything similar to it. The masses will always be easy to manipulate and the use of force will always be a possibility, being information or military force, it doesnt matter, it will squash any, so called grastoot movement/cause. Maybe in a couple of generations, something like this will be achievable, but thus far, it all looks like going back to the old rise and fall cycle.