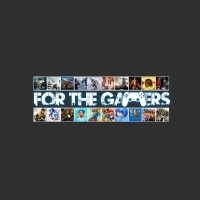 I can agree that some of the months XOne may win over PS4, but I think there is a little more to think about. Globally I only see PS4 stretching the lead, which in turn will get more developers to want to make games for PS4.

Also, globally PS4 software has been outselling the XOne software for all multiplatformers.

Also, with the added horsepower of the PS4 I have seen the better resolution and frame rates and some better features from PS4. Also, I have seen multiple developers stating how that PS4 has the better power.

I have already seen a few games that are only being made for PS4 or PC because of the XOne indie developer clause that says if the game is already on a different system, then they cant make it for XOne.

With all of these items combined I think that it will make more and better games come out for the PS4 as time goes on and more PS4's will get sold in the US and Globally.

What do you have to gain from these threads Toastboy??

OT: Yeah, Kinect Sports will be the game that'll make droves of casuals buy the $450-500 game machine and thus help the X1 easily win the Spring and summer months.../sarcasm

And yet, Sony just said that demand was still high and the PS4 will be supply constrained until the summer. I was under the impression that "supply constrained" meant the supply wasn't able to keep up with demand. But I guess I was wrong....

-Xbox One will win March because of Titanfall and price cuts

Maybe April, but in May the PS4 has MLB 14 and Bound By Flame and maybe Planetside 2, with Last Of Us maybe in the summer, the next few NPD months will be very close.

-It's tradition to buy Madden, Call of Duty, etc on Xbox Platforms in the US

It was tradition to buy it on Xbox 360 instead of PS3, but now the tide is slowly turning for this gen. Just look at the preorder gap for games like Watch_Dogs and Destiny. And with COD being rumored to have the PS4 as its lead platform, it will definitely grab FPS fans.

However Sony is definitely stepping up their game with advertising compared to last gen.

I think price and general 'group' thinking is more of a factor that sways casual gamers, and the PS4 has the advantage here.

Bear in mind also that many core gamers will choose the ps4 over its future prospects, such as PSnow, Morpheus, and solely on the fact that they have built the reputation of being the company which produces the most varied titles, spanning from New IPs to classics to remakes to indies and so on.

Kinect Sports Rivals will flop just like Wii Fit U flopped. The casuals moved on from Kinect a long time ago.

Um haven't you heard? Even though it never gave PS3 a week over week boost when it released, apparently MLB The Show is a "huge system seller". It comes out in May, right? Seems Xbone is shitbaked in the US in May.

It might not be a huge seller but it could move some systems for the baseball crowd. The franchise is niche but loyal. 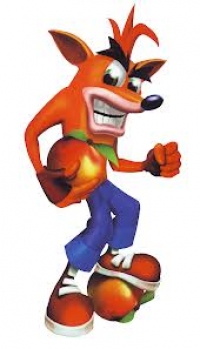 Lol I think he was joking because Titanfall hammering the nail in PS4's coffin is something Toastboy claimed many times would happen.