Im confued on how to answer the question.


Im asking because it is not often i buy a game i dislike.
FF13 being the acception. My hype for that game was through the roof. Always enjoyed them. I purchased it launch day and i never ever finished. That game has made me wait on the purchase of the next FF game. I wot be getting the next ff at launch. Probably going to wait for bargain prices

1. Any call of duty game (nuff said)
2. Gta 4 (would put series but i havent played GTA5, nor do i care to)
3. Any gears of war game (never have seen the appeal in these awful games)
4. The legend of zelda skyward sword (TBH Zelda probabaly the most over rated game series ever, however i love them....Skyward sword was just a huge let down for me)
5. Super smash bros brawl (its my opinion but I dont think this unbalanced fighter stacks up against the greats. However I do enjoy it)

honourable mention: God of war series (i like them but they are all about the spectical with little depth in combat. I also hate Krato's character....)

I chuckled at reading some one putting castlevania lords of shadow....the game is hardly overrated. 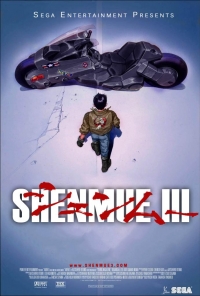 1. Skyrim - I tried twice to enjoy this game but it never managed to leave a lasting impression. I didn't find the narrative engaging, the world is huge and beautiful but it never clicked for me.

2. Final Fantasy XIII -  I love the Final Fantasy games, especially VII and X.  The first Final Fantasy game of generation 7 and I was so excited I took a week off work.  Overly linear, annoying characters and a forgettable story make this one of the worst.  It does get better towards the end once it opens up, but it was too late by then for most.  FFX-2 is considerably better IMO, or perhaps it's the fact the Xbox has been starved of JRPGs of late.

3. Gears of War - I own all 3 games and I am yet to finish one. Didn't click for me, I found it slow, clunky and I didn't find any of the characters interesting.

4. Fable 3 - With each iteration the game was more stripped down and further away from what was promised with the first game. I like Peter Moleneux, and his eccentricities but I think the Fable series is better without him involved.

5. Grand Theft Auto V - I had tons of fun with this game, but there was no way it could live up to its own hype. A step forward for the GTA series, but not the evolutionary step promised.

"Im asking because it is not often i buy a game i dislike.
FF13 being the acception. My hype for that game was through the roof. Always enjoyed them. I purchased it launch day and i never ever finished. That game has made me wait on the purchase of the next FF game. I wot be getting the next ff at launch. Probably going to wait for bargain prices"

I originally had Call of Duty: Ghosts at 4, but you reminded me about Final Fantasy XIII.

4. Call of Duty: Ghosts - A new engine, new hardware and a promised evolution of the series. Looks set to be the lowest selling title of the recent releases, are bro gamers finally getting FPS fatigued? 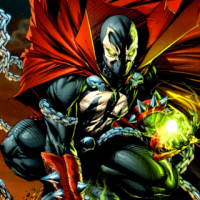 It's pretty straightforward. A game that really didn't match up to all the praise that it received or the hype you had for it. Honestly, the last of us was going to be up there for me but I really was hyped for it to begin with so i didn't include it. So that gives you an idea of how i personalized it. Feel free to throw in an explanation or two.

Good stuff by the way.....just keep it clean. And some said how did God of War Ascension make it on my list. Because of the awesomeness that was God of War 3.

Yeah, see my above post. I guess I should have explained that a bit better.

So basically you don't like Playstation games....I would have never guessed lol

Thought you said you wouldn't ever touch a Ps3 because of Sony fanboys...Now suddenly you've played all the best games it has too offer xD

I don't think anyone question God of War Ascension being a disspointment for you (I don't agree it was my top 5 of the gen, that's not the point though) just that Ascension didn't have much hype behind it (in general) as well as had a significantly lower critical reception than other GoW games.

This post explains it better since you personally might have been hyped for it and think it's overrated, but general consensus is that it wasn't overrated since it wasn't rated that high to begin with. That's why people are surprised I would assume.