I guess I'll start starting every one of my posts as "I think" and end them as "in my opinion" for those of you who aren't perceptive enough to realize that any post most people make is going to be an opinion.  You as well as I know that there's no digital sales numbers that publishers announce or that devs can announce.

Despite my not placing "I think" or "in my opinion" somewhere in that statement, doesn't change that it's an opinion.

I think Trine 2 is a piece of shit, in my opinion.  Including both is poor writing as well as being entirely redundant, but just want to make it clear who don't realize that just about everything I or anyone else here will post is going to be some sort of opinion.  It'd look stupid if every post that was an opinion someone referenced it as being an opinion.  So suck it up and stop crying when someone doesn't make mention of it.

Its @ 10th on eShop top of all time but #1 without virtual console!

Update: LoZ Wind Waker HD Is The 8th Highest eShop Title Downloaded In The US! 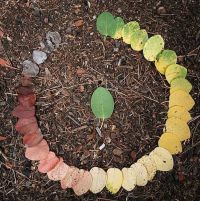 Any idea what sort of numbers that means?


I wish i knew, only eShop on 3ds i could guess. IT Outsold Trine2 which was the best selling eShop title not including Virtual Console games!

Agh. I want it, but maybe I need to wait for retail version.

I am also waiting for the retail version. Can't wait.