Finally a British champion at Wimbledon, well done to Andy Murray for a superb straight sets victory over Novak Djokovic. Thats 2 grand slams and an olympic gold medal in the past year, superb stuff.

Really impressive performance, but there is a long way to go! He has won 2 slams now and with Federer and Nadal fading, there is a real opportunity for him to have a spell of dominance (with Djok)

Gerard Butler and Bradley Cooper looking sexy as fuck in their blue suits... 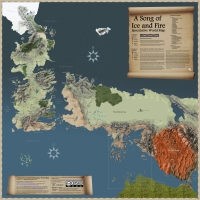 And he just pretty much nailed on his BBC Sports Personality of the Year award too.

I wouldn't write either Nadal or Federer off just yet, I fancy both still have the tools to win.

Djokovic made far more errors than normal. He was tired from the epic semifinal.

I don't think this would happen again if they were both ready and it wasn't that hot.

You're probably right, but the match was epic. The final score doesn't really reflect what happened in the match, each Game seemed to last forever!

Is this as big a deal in Brit-land as they make it out to be on television coverage in the US? I haven't watched Wimbledon in awhile but when I have there is always this kind of media circus until "the last Brit loses", then they do a long media package about hopes being dashed once again, and so-on. I've always wondered if the British public was really sitting on pins and needles while it looked like a homeboy still had a chance.

Nothing is as big a deal as US media makes it out to be.

I watched the whole thing, first time I've ever really watched tennis. It was really entertaining.