Bolded is in line with one of my points earlier, which sums up my side of the discussion.

Oh and if you wanna get technical the DS won this generation by a landslide at 153 million+ and will eventually overtake your PS2 as the best selling console of all time but let me guess your reply... "BuT ThaTs r a HaNdhElD it noT cOUnt!!11!!" Console is a console is it not?

You have a good day sir and stay thristy my friend.

After slamming the other guy for not being able to accept reality.  My question is can you admit you were wrong? 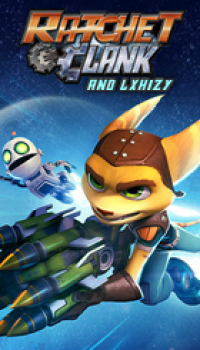 Sony is SURELY going to take the next generation, but the PS3... i'm not sure. Considering you jumped into the end of the conversation, you should scroll back and look at my original links, which directly talked about the PS3 still losing money per unit sold, articles dated in 2010. In 2010, if you read the articles, the PS3 had managed to shrink their loss down to about $18/unit, when it was sold for $299. Currently the PS3 can be bought for about $240.  if the hardware cost the same to produce, then the deficit per unit would be approx $75 lost per unit. The unanswered question, which there seems to be no documentation on either side of the argument, is whether the cost of materials lowered enough to undo that $75/unit deficit. Thus, there currently is no way to prove nor disprove whether the PS3 is still selling at a loss, at least not until Sony releases new information on the topic, which there seems to be an absolute absence of in the past 2-3 years. S, am I wrong? We can't prove nor disprove that.

I can only provide speculation in the arena of computer hardware. I know that the price/cost of RAM hasn't changed much in the past 3 years, as it was already being produced at ridiculosuly cheap prices. Sony took ownership of the the Cell manufacturing plants from Toshiba in 2010, so its possible the processor end of things got cheaper.  Hard to say what the end result is, however, analysts and the media alike have made it known that the consoles are selling at a loss. Here's an example, from earlier this year - http://www.vg247.com/2013/01/07/xbox-360-and-ps3-losses-total-8-billion-ex-sony-employee-paints-grim-future/

At the end of the day, I personally couldn't care less. I'm too old for all the fanboy BS, and eventually you'll be there too, and realize that the only thing worth defending is your family and your constitutional freedoms. The OP seems to think that the waiting game is going to make a difference. In the eyes of the gaming world, the media and anyone within earshot of either of those, the era of the Wii/PS3/360 comes to an end this holiday season.  In 5 months, this generation of gaming will end to the masses, and the book will be closed.

Stop, just stop. Did you read the link that I posted - dated after your 2010 article - that says that the PS3 is now turning a profit on each system sold? That was the latest we heard from Sony about the matter so it's a status quo unless we hear otherwise.

I hate to interfere but the Hiken guy is right, Sony is finally making profit with the PS3 console since 2010.

Sounds good, we'll ignore that they dropped the price $60 since then, as long as it works in your favor. See you in 2 years on this topic, we'll see if your prediction holds up.

1. Actually, it was a $50 price drop and that happened 1.5 year after it was reported that they were making a profit on each system.

2. They actually increased the price to $279 after the PS3 slimmer was announced.

3. The cheapest SKU I am finding on Amazon os $299 and GameStop is $279. It comes bundled with games but they are old games and are digital only.

4. You can pick up that $279 Gamestop bundle for $288 at EbGames in Australia. Given the negligible price difference, and that historically, consoles cost much more in Australia, it is fair to say that Sony can afford to drop the PS3 price to about $199.

Watch as they announce a price drop at the end of the year or early next year.

and that's with 2 games, from what the bundle reads. I believe we got on this topic because you think they can drop to $150 US, and I said they'd probably just stop making them by that point. So we're on two sides of the situation here, and we won't know the answer for another year or two. So there's really not much else to add, but to wait and see.