I always liked the Evoland concept and I'm glad they are fleshing it out.  I actually backed Legends of Eisenwald on Kickstarter as well.

An action RPG from a bunch of game design students with some interesting sounding combat mechanics.

An inovative action game with a fully customisable superhero character, with a strong focus on user generated content. Currently on kickstarter and will use Unreal engine 4.

An arcade-style infinite racer, set in a procedurally generated world with an increasing difficulty ramp and a "modern retro" look. The goal is to get the highest possible score by racing into the sunset, avoiding obstacles and enemies, and collecting speed boosts and other powerups to help you along the way. You fly a solar-powered craft, and the game ends at sundown, if you can make it that far!

A 2D platformer with a unique twist and visual style.

"Empire Eden is a cross between some of the greatest classics of all-time, like Metal Slug, Contra Hard Corps, Metroid, and Castlevania. The game uniquely combines Run N' Gun and RPG elements with added puzzles to create a fun, unforgettable experience. These combined elements require you to not only utilize your skills with melee/weapons, but you must also showcase your craftiness with the various animal powers. "

"Planet Explorers is an open world smooth voxel based sandbox adventure rpg game set on a distant planet. The game uses a new OpenCL system based on the Unity 3D engine to allow players to change the terrain in anyway, create new objects such as weapons, vehicles, objects, and do it anywhere."

"A hack and slash action adventure, set in a fantasy pixel art environment. Solo or cooperate in this adventure from bottom to top of Castle Hammerwatch. Kill hordes of enemies with varied looks and features through four unique enviroments with traps, hidden secrets and puzzles.

The game is inspired by the old Gauntlet-series, but adds a lot with online support, character development, complex levels, bosses, and much more. Like gauntlet, the focus is fast paced action, but with elements that forces you to think just a bit more! "

"a first person action roguelike dungeon crawl with crunchy pixels. It's got everything you'd look for in a roguelike in a new perspective - dodge traps, fight monsters, zap wands, and poison yourself with unidentified potions. Levels are randomly generated in each playthrough - you'll never know quite what's around the corner. "

The Fall Of The Dawn

"The Fall Of The Dawn is a single player RPG set on the island of the Cira, you the player will take control of a fresh recruit in the crusader army a faction of humans who are in the process or pushing there way in to the centre of the island which is crawling with werewolves, dragons and spiders." 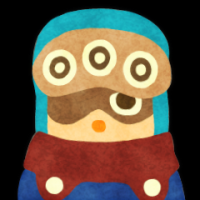 This months batch of greenlit games has been announced

Anodyne – The two-man development team behind Anodyne  recently gave away the game on Pirate Bay, sparking a huge surge in votes and attention from the community and press.

Distance – Featured in PCGamer’s ‘best pc games of 2013’ and successfully funded on Kickstarter, Distance is a unique survival racing game where you boost, jump, rotate, and even fly through a chaotic and twisted city.

Evoland – This journey through the history of action/adventure gaming caught our attention early on with their dramatic gameplay video and proved to also be a community favorite, getting voted up the charts in just a month.

Huntsman:The Orphanage – This unconventional survival-horror game has captured the interest of the community by showing a lot of detail, posting gameplay videos and responding frequently to fans.

Kingdom Rush – This highly rated tower-defense mobile game comes to PC and Mac, exciting the gaming press and picking up supporters across the Greenlight community.

Legends of Dawn – This open-world RPG has moved up the Greenlight charts quickly and steadily since being posted at the end of December. Along the way, they almost doubled their funding goal on Kickstarter.

Organ Trail: Director's Cut – This retro zombie survival game brings you back to the days of gaming where your friends lived long enough to die of dysentery.

Receiver – Detailed FPS game that puts you in control of solving puzzles and the mechanics of operating your weapons.

War Thunder – This World War II MMO has seen huge success in its open beta, already logging a half-million players and tens of millions of hours played, translating to a huge community of voters on Greenlight as well.

if i wouldn't have so much i still have to play i could maybe say more about some games but i didn't really check greenlight out yet. but will check this thread out from time to time

There are some incredibly promising titles in the Greenlight lists and a I can clearly see that a lot of them might and will appeal to me! A fresh breath in the stinky 7th genration...

Has anyone played Zafehouse Diaries? Its a sort of tactical, text and illustration based survival game, seems really cool but I can't seem to decide on whether or not to buy it.

I updated my post http://gamrconnect.vgchartz.com/thread.php?id=154121&page=1#13 with a few additions

Underrail looks fun. With the new Kickstarter projects and the Baldurs Gate remake, it looks like top-down RPGs are making a comeback.