Alright now I know that posts about Nintendo's lack of graphical fire power has been done to death. However I must bring it up once more.

Nintendo in the past has always lead the pack (Sales wise) till N64/GCN and as far as graphics were concerned Nintendo was always second best. Sega had far superior graphics with N64 being the one time Nintendo overtook the competition. While Nintendo was not the prettiest graphics game publisher they always delivered amazing looking titles for their times. I mean Donkey Kong Country and StarFox for the SNES and then games like ResidentEvil4 could appear on the GameCube. Nintendo never gave the competition a clean lead.

Then in 2004 Nintendo made one of the biggest decisions a company can make. They chose to target a non-existant user base over their own installed user base. Rather then making a console for just their hardcore gamers they decided to target casual gamers. 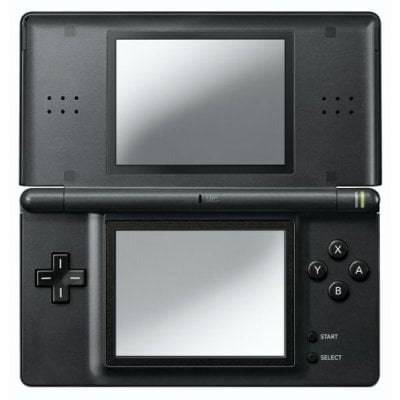 The Nintendo DS was born, it was the pinnacle of next generation technology a major leap from the GameBoy:Advance. But it was inferior visually to Sony's freshly announced PlayStation:Portable. Nintendo had the support of its die hard fans in competing with Sony and jumpstarting the war machine. The Nintendo DS managed to kick PSP's butt sales wise and the casual user base began to grow. However as the years pass the DS remains a pretty normal system the touch screen innovated a bit and many innovative games have come from its utalization.

Nintendo witheld on unvieling its Nintendo Wii's graphical capabilities till last minute and fans were pumped. The hardcore expected Nintendo to deal a heafty blow to Microsoft and Sony and unviel something spectacular. Well Nintendo delivered but just like the DS Nintendo chose to target the casual non-gamers over its own installed user base. The graphics on the Wii were horrible in comparison. I'm a major Nintendo fan but having an uncle who works at IBM and had worked with Nintendo I know they could have done way better. Nintendo purposely chose to build a cheap innovative system over a more expensive powerful one.

Now what am I getting at?

The hardcore and true Nintendo fans bought both the Nintendo Wii and Nintendo DS. We bought them because Nintendo is the greatest games publisher on earth. Or because we have devine faith in Nintendo's ability to create amazing games. But are the casual games beginning to over run Nintendo's consoles are they becoming a turn off. As games like Turok and HarvestMoon:InnocentLife give the competitions consoles some flair!

For me I know I am getting sick about all of the Brain training games, Nintendo has made some , UbiSoft followed then everyone jumps in. Then we have the Petz and Nintendogs and the other couple Pet sims that rapidly followed. Now we have eduware and casual games overflowing the market everywhere I look I see games like Cranium and cheaply developed crap like Anubis.

I hate to ask the question but, Has Nintendo lowered itself to far?

I am a major Nintendo fan but Nintendo has in my opinion taken innovation too far. Allowed developers to get away with too much. The Official  Seal of Quality used to mean Nintendo quality games. Sure the odd crappy game got published and there were a few of them back in the day. But Nintendo didn't just let anyone make anything for their systems. Nintendo used to only liscense the best we didn't get crap like Bubsy3D.

But now when I go into my local game store I see two sides. I see all the good third party games on one side (X-360) and all the crap on the other (Wii). Sure I see Nintendo's killer apps and the few AAA+ third party titles that exist but when I look at the near future. I only see two games I want to buy in the 2008 line-up while on 360 I see half a dozen.

Do you want a future Nintendo that caters to the casual gamer over the hardcore.  (For every good Nintendo published game their about 20-crappy third party games)

Or do you want good old Nintendo back with its higher quality standards and graphics?

Now that being said as a faithful Nintendo gamer I own both of Nintendo's systems. I however for the first time in my life saw no choice but to support an opposing console, I bought an X-Box 360. Now Nintendo's games are of a far higher caliber in my opinion to that of either Sony or Microsoft, but the third parties are supporting Microsoft with the A-Quality games. As far as PSP is concerned I have very little intrest in buying one, however if it started seeing some real good third party support I might even be forced to pick one of them up too.

Fact is for every A-Quality game Nintendo's consoles are getting a dozen cheaply developed junkers flood the shelves. I myself prefered the GameCube era when sure we didn't have the 2,000 games the PS2 did, but at least we saw more high quality titles from both Nintendo and some others. No four Brain training games and 6-pet simulators.

We saw Mario , Donkey Kong and Zelda in all their glory. With great new franchises like Animal Crossing and Pikmin! Not a new franchise like WiiSports and Wiiplay we saw some great production values on the GameCube. Sure visuals aren't everything but they sure help!

I mean I wanted Turok and ResidentEvil5 and CallOfDuty4. When I looked at what third parties were offering on my Wii I was very dissapointed!

I honestly don't see much of a distinction anyway. I play loads of Roguelikes, strategic simulations etc on the PC, and console games have always seemed casual in comparison. Are Halo 3, Resistance, God of War, and SSBB hardcore games? In the end they're all button mashers that require 5 seconds of an attention span, and give immediate gratification to the neurotic gamer. They're also very fun, buy in a different way to more complicated games.

Then again, I don't belong to the crowd that defines casual games as "games I don't like", so my definition probably isn't the most common one.

I stopped reading when you said that Nintendo games were of a higher caliber than Sony or Microsoft. Surely you aren't talking about the last generation of hardware, or the one before that. You have to make that statement based off of one year on the market of the PS3. And if you believe that XBOX 360s software catalog is not as strong as the Wii's you must be on somethin.

Othher than that, good read.

And Galaxy, Metroid Prime 3, Animal Crossing Wii, Twilight Princess, Sonic and the Secret Rings,Mario and Sonic at The Olyimpic Games, Mario Kart Wii, and Super Smash Bros Brawl isn't good enough? The Wii has been out 1 year. 2008 is Nintendo's year, just like 2007. Bring it.


The 360 won't bomb, the Ps3 won't sell out past 100 million, the Wii will. Over all predictions, NINTENDO IS BACK IN FIRST BITCHES!

I loved the Nintendo 64 also, but it was seriously lacking quality titles.

Nintendo has always been one of my favorite gaming companies and I think they are heading in the right direction.

And I am sure some of these casual gamers will step over to the hardcore side.

I am not bothered or threatened by the casual gamer. Even though the N64 and Gamecube better targeted the hardcore...that didn't influence heavy hardcore game development on either system. They both were still lacking in number of quality titles.

Also think about the Dreamcast. Excellent system (IMO) that definitely appealed to the hardcore, but ended up a failure.


I'm not a fanboy, I just try to tip the balance in favor of logic and common sense.

i would personally rather a graphically powerful nintendo console, but the problem is if nintendo had of taken that route they would be well on the way to dire straits* cos it would have almost certainly been selling worse then the cube. as a result, nintendo may not be able to afford to continue churning out AAA's

disregarding the handheld side of things :P

Bet With routsounmanman: By the end of Q1 2008 Capcom WONT have announced a RE5 Wii Edition OR a new RE (classic gameplay) for the Wii (WON)

I have never been a fan of Nintendo and it's therefore no surprise that I believe they have lowered themselves too far. I don't think the casuals will kill gaming, but it is not a direction I am particularly happy with.

On a minor point: You are wrong about Sega having far superior graphics. The master system certainly trumped the NES, but the Megadrive got it's arse handed to it. The SNES titles you mention, DKC and Starfox absolutely blew anything Sega had out of the water. I am saying this as a former Sega fanboy who still has his Megadrive tucked away somewhere. The MD had a more powerful CPU but the SNES had 2 GPUs, and the addition of the SuperFX chip put it way ahead of the competition (even the allegedly "64 bit" Jaguar).

and find out that you reacted too early.

I don't know how old are you, but well, it seems that not too much, because mainly everything you have said is false.
Nintendo always bet on quality over graphics, let me remind you that the game boy trashed the Game Gear, which was by far superior in graphics, and Nintendo Kept the game boy low cost, and good games. Super Nintendo, Trashed the Genesis+CD combo, which also had better graphics, and of course cinema displays, by that time, that was really advanced.
Then we have N64, the first time Nintendo really bet on graphics, and what happened, Sony crushed them why, 3rd party Support. Same on GC, but now, I don't know what do you want, Nintendo is publishing the same games as always since N64, only they are missing RPG's, which we all know the reason for that.

So Nintendo hasn't changed, you have changed, don't blame them for not growing according to your tastes.