Third parties are always in the Nintendo psyche. It always goes down to sales and support. And with the start of the U generation, I've been meaning to revisit an old thread of mine. At the moment I'm done with my Wii purchases, maybe I'll still buy one or two more (never say never).

And my top five break down!

How has the VGChartz community Wii collection ended up like? Majority of my wii games are third party games.

Most of those games are from sega and rising star games(?), 2 games for both.

Hmm, I think I have more 3rd party games.

Nintendo games were too expensive and are still being sold for full price. So that is the main reason why I have more third party games. I should break down and get Galaxy one and Pikmin 2 now that they are 14.99 somewhere I saw in the paper.

Also I bought Twilight Princess on the GameCube, so that is one less than I should have.

Out of 51 retail games (this includes my Pandora's Tower pre-order), 20 are third party.
That means 39.2% third party. Not bad for a console with "no third party support" 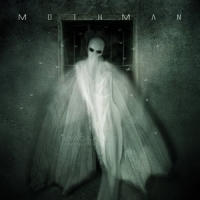 lol, the only third party wii game i own, is sonic and sega all stars racing :/