Agree. Sony is probably desesperate and scared. They released a powerfull handheld and no one bought it, the company is going under in all divisions and no one knows what to do to change this situation.

If they turn a profit, they can finish in third, they just don´t want to go Chapter 11...

Newest rumor is the PS4 is around 50% more powerful than the Nextbox
At the end they will probably be around the same cause Sony doesn't have a fancy architecture this time like they had with the PS3.
They will go "Noob" Developer friendly so everyone can develop for it and not only Naughty Dog and co.

Release a weak console. The ps3 was so great this gen because it could release games of quality graphics, above what the other consoles could do.

I would be quite happy to pay a high price because I know that quality titles will come in the long term and i am paying for a true next gen console. I spent £500 on the ps3 and 1 game when it released, but I wasn't too worried as I knew what the console could do. I want to see a true step up in graphics and quality. 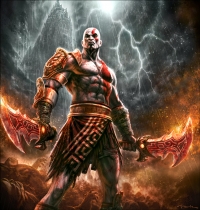 "Sales" only interest fanboys for bragging.

Power in graphics are actually something that enhances greatly the quality and experinace in a "Video" Game.

You rather have a movie with cheap special effects, or cutting edge?

Graphics if obviously not the most important aspect in video games, but they are as important as any other.

PS3 sold behind DS, Wii, and Xbox 360 and was down by 10's of millions from the PS2. Simply making a more powerful PS3 is going to be a terrible idea.

It will be bigger,badder,stronger than the NextXbox by a F***ING MILE

PS4 will be strong.

Won't happen. Even if XB3 is objectively technically superior to PS4, it won't be Wii vs PS360 superior. Heck Wii U is unlikely to be technologically inferior to XB3 the same as Wii vs. PS360. 3rd parties are most interested in selling games. They don't really care which console sells the most. It's the console manufacturer's who pay (in one way or another) for 3rd parties to pretend they care.

What will limit 3rd party support on PS4 is ease with which the principal version of a game can be ported (be it PC, Wii U or XB3). If it's easy to port then 3rd parties will support the platform, because for minimal porting investment they gain access to more gamers. If it's hard to port then 3rd parties will need to be convinced to put in the effort.

Consumer perception that they will get something better than what they already own will determine whether people pick up the new generation. It won;t be about whether XB3 is seen as more powerful, but how much more powerful PS4 is vs. PS360.

The only reason why the PS3 was more powerful than the 360 is because Sony wanted to see what was the big deal that Microsoft's Xbox 1 had better grathics than PS2. But the Xbox 1 had no games so the PS2 was the console king it realy does not make a difference. Look at the Nintendo Wii not selling much anymore but has won against 360 and PS3.

Yes the PS3 has better grathics like the games I like. Like Uncharted Franshise, Killzone Franshise, Wipeout HD and plenty more probably even THE LAST OF US comming soon. Grathics don't mean anything. Original Xbox VS PS2, PS2 had less better grathics but sold like a BOSS because of the many great franchises. Xbox = no games did not sell.

The PS3's grathics is nicer to look at but that's not the case it's because the PS3 gets more first party exclusives than Microsoft every year. The PS3 only suffered at the start from no games hard to make games on PS3 but now developers are used to it.

Which means Sony is going to do better than Microsoft and Microsoft will do worse than Sony because Xbox has less games than Sony's PlayStation brand. 😀

The Japanese don't care about graphics as much as the American PC nerds. Sony is going less powerful like the PS2 it will still sell more than anything Microsoft makes in the Console market.