Forums - Nintendo Discussion - Wii U, a marketing problem or are the masses just not interested?

I don't even agree there's "nothing to play".

New Super Mario Bros. U, Nintendo Land, Zombi U, Scribblenauts, are all new games and Sonic All-Stars Racing Transformed, Call of Duty: Black Ops 2, and Assassin's Creed 3 are all basically new games (the latter two being the two biggest third party games of the year).

People who are whining that there's no Pikmin 3 yet .... Pikmin 3 wouldn't have changed anything about how the launch went.

The problem is deeper than software and even marketing. It's the product itself is a flawed design by Nintendo ... no one wants another PS3/360 with a touchscreen controller, that doesn't excite anyone even if the games are decent (the PS3/360 have hundreds of games, many great ones that are easily available for $20-$30 a pop).

With Nintendo fixated on the "power isn't everything" perspective, where they really messed up was on the pricing of this thing. As I said in another thread, consumers are smarter than ever these days, and with tech sites, fellow gamers, critics etc all saying Wii U is not much more powerful than PS360, its simply not worth the upgrade at that price point. They should have made deluxe $250-299, & would have flown off shelves. Nintendo should have been more aggressive with the pricing, and like Wii could have been a stable price for a good while, PLUS would have stolen PS360 holiday sales. Nintendo gambled, got greedy and failed during their launch window.

I think there is plenty of interest & curiosity, but not at that price, when again, universally in the gaming world "there isnt much power difference with PS360" other than some minor efficiency gains/modern features of gpu.

1. It came out in the middle of November, and only in the Americas. In other regions, it came out in December. So unless you're counting by calendar month, which is a silly thing to do (since different systems release at different points in the month), you're wrong, it hasn't been out three months. More importantly, we only have data to 19th of January. Since it launched on the 18th of November, with regards to the data we have, it has been out for 2 months and 2 days.

4. What, exactly, does Gamecube sales prove or disprove about my statement? It wasn't the first system of its generation, it wasn't a disaster (Nintendo made money from the GC), and it wasn't the 360 or PS3. Since my statements had to do with those things, the Gamecube is not related.

And I have no problem with legitimate criticism of Nintendo, the Wii, or the Wii U. I have a problem with factual errors and fanboy bias.

And there's a difference between having a handicap and simply being lazy. My problem wasn't the presence of the typos, it was the laziness of the argument. The typos were just additional demonstration of that problem. And the laziness of the argument can't be blamed on sight issues. As for coming across as unfriendly, it should be noted that this isn't a community chat, it's a debate. And if I have to be harsh to force a person to actually put effort into their argument, then that's what I'll do.

Certainly not. As an Australian myself I try to be as civil as is reasonable.
Never fall into the generalization trap, don't sink to that level. 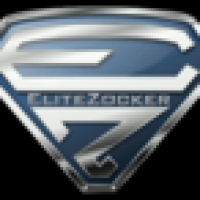 Hm. The Wii-U is now out for 5 month, but the charts have no update. (You said we have to wait three monts or so) I think someone is waiting for the Wii to pass the 100 Million line and on the other side to hide the bad sales figures of the Wii-U.

It's not a marketing problem, but a game problem. There still aren't many games for Wii U, and the few there are are either ports, or tend to appeal to the same hardcore Nintendo fan niche that bought the Gamecube, with the exception of NSMB U, and Monster Hunter in Japan. When the games come, so will the consumers.

The controller I feel is also a piece of the problem, as it doesn't have the same appeal the Wiimote had and is trickier to use for the average consumer, but if there are enough quality games, that will no longer matter.