I'm still in it, even after all this time. I love playing Rome because its advantages carry over from early until the late game. That 25% production for buildings in the capital is just awesome, and Legionnaires building roads and forts is a great plus. I use them whenever I need to construct stuff in dangerous grounds.

What country do you play and why? 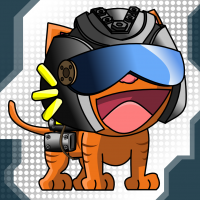 I haven't played for awhile. I will have to talk some friends into hot seat mode. I haven't quite found a favorite country yet.

I'm still playing Civilization 4, 5 was just too dumbed down for me. It didn't have the endless replayablity that 4 had.

I got it just a little while back, so I haven't played all that much yet - but I like it! I'll get the expansion soon enough as well. I used to play the romans, but I think I prefer the germans actually: I like the fact that they have special units in two different eras. For me, the legions of Rome never is that useful to me....

I still play it from time to time. I almost always play as Rome on the legendary earth map (mod) with plenty of other mods enabled. Just because I like the starting position really :P

Use Catherine from Russia because her culture gets expanded borders from new towns quicker and her moniez power makes me up the research.

I play as France, I love the +2 culture bonus per city which allows me to have more powrful cities with more resources.

Gods & Kings is a great addition.

It annoys me how i can't use mods in hotseat however... and it seems like XML edits no longer work in gods and Kings. Tech research is WAAAAAAAAAAAAAAAAAAAAAAAAAAAAAAY to fast. I want to hold epically large early tech battles before moving on.

And then play EVERY country.

I used to play it a decent amount. I've mainly picked a bunch of different Civs.

I like the Vikings (I think Denmark is Civ) since I have Norwegian blood in me and I consider myself a Viking first before anything else (including being an American).

France was alright because I think they get a nice culture boost for the first half of the game before the tech that disables it. I was using them in a cultural victory but I haven't finished that game yet. I actually might have made it a little hard to win considering I started conquering Civs which makes it harder to build up the culture points easy (since the more cities you have the more it requires).  I'll just have to go for the main Civ that is a little ahead of me.

I played as the Greeks and Egyptians also.   I loved the Egyptians since they build wonders faster (I believe that is their perk).  I did pretty good with both races.

I liked Civ 3 the most since the users at CivFanatics supported it so much with awesome user made scenarios.  I love Civ but the AI is dumb as shit most of the times.  Also, if you turn the difficulty up it just has the computer start with unfair advantages (more troops, etc).  It doesn't make them smarter just has them "cheat" more (such as trading techs with each other a lot and screwing you over).

I just started it. There is this Game of Thrones mod which is pretty awesome.