I don't know if this is true or not since I'm American, but I can tell you that most Americans can't stand Timothy Dalton (I like him) for whatever reason.

Licence to Kill was pretty over the top in its violence and turned off a lot of people to Dalton. Probably so much so that it was decided Bond need to be prissy in comparison.

Of the modern bond films, this is the order I would put them in:

btw, I'm British, and I think Craig makes quite a good bond, but I just didn't like QoS much... And Dalton > Moore

Great review, as always. Looking forward for the one next week. Btw, last weekend I was looking for a box-set of either DVDs or Blue Rays of the whole series, it's all your fault amp -.- 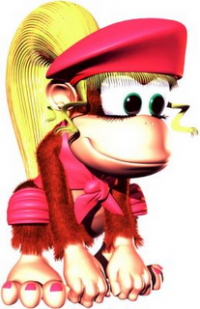 Before I begin, I'll say that I totally respect your opinion in regards to Daniel Craig and this new direction, Amp. And I'll say again that I don't mean any offence towards you and other Craig fans here, with my arguments against this reboot.

After the Die Another Day debacle, it was said that the classic Bond formula was dated and no longer suitable for modern times. Well, I say that it's not the classic formula that was the problem, it was the quality of the films. After GoldenEye, the quality of the films slowly went downhill until it hit rock bottom with Die Another Day. The producers just couldn't get their act together and kept tinkering with Brosnan's Bond character, making poor decisions with some of the casting as well as the choice of directors. And even when they had good ideas, they were usually executed poorly. So in the end, they simply gave up and threw away 40 years of cinematic history in favour of a new direction.

Daniel Craig is quite different in appearance form the previous Bond actors. It almost seems that the producers are embarrassed of the classic Bond image. Or perhaps they are afraid of certain competitors, and therefore try to give James Bond a more hardcore image. Well, Roger Moore had competition from Star Wars, Indiana Jones, Stallone/Schwarzenegger action films, and even Sean Connery, and he continued to play Bond as the charismatic superspy, and successfully too. James Bond is awesome, and there is no reason to be embarrassed or afraid. Besides, there's already enough of these stereotypical macho man heroes in movies, anyway.

Another thing I find odd is how aggressively this new direction is marketed. I'm constantly hearing how Craig is the best Bond since Sean Connery, and that he closely represents the Bond character of the Fleming novels. Timothy Dalton was arguably closer to the Bond of the novels than Daniel Craig, and although he did receive some critical praise, he certainly didn't get this type of marketing backup from the studio. I think all this marketing is a way to convince people that this new direction is more superior than the old ones. Why? Well, because I think it's arguably easier to make films involving Bond's backstory, love interest, personal problems and so on, while mimicking other films (Bourne/Batman), than it is to make the classic style James Bond films.

And fine, if they really want to make a more down to earth spy thriller, then fine. But there are far better ways of going about it without destroying the classic formula altogether. Some examples are: Dr. No, From Russia With Love, For Your Eyes Only, and The Living Daylights.

There are other arguments I can still make, but overall I think that this reboot really wasn't the right thing to do. The complaints about Die Another Day weren't because of the classic Bond formula, the James Bond character, or even Pierce Brosnan, it was the overall quality of the film. It's just like during the GameCube era when people were saying Nintendo is finished and nobody is interested in playing their games anymore. The next generation proved that this wasn't the case. People were still interested in Nintendo games, they just didn't want to play those bizarre experiments on the GameCube. All the Brosnan Bond films made lots of money, so it does show that people were still interested in classic Bond, but in the end they were getting tired of the poor quality.

There's a place call the internet my friend

Excellent review amp but shame on you for making me wait a whole day to read it. Thanks to you I got nothing done at work yesterday because I kept eagerly refreshing the forums to read your review.

I don't have the time now but within the next day I will share my thoughts on this marvelous movie and what Casino Royale means to me personally.

And you're damn right I would post in your book review threads. I plan on starting Thunderball tomorrow actually. 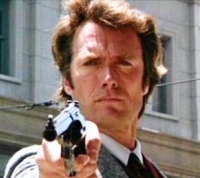 Casino Royale was the first Bond movie that I watched in the movies...

Craig was ok for me... I didn't care if he was blonde or was too different of the Bond from the books... From what I remeber Blofeld wasn't bald in the novels and the only complaint about this character is that he was too different in Diamonds are Forever...

The feeling that I had after watching it was "It was better than any Brosnan's Bond movie". It had for me some sequences that i didnt like (The 'Le parkour' and the airport sequence) but it was great. But I don't compare this movie or Craig with the classic Bonds (I consider the sequence Dr. No-Licence to Kill the Classic Bond and Goldeneye-Skyfall the Modern Bond).
Comparing them is like comparing the King Kong of the 30's, with 70's and then with the latest one. Although the characters and situations are basically the same, the approach is different.

But in my ranking... this one stands in the 6th place.

I think Casino Royale could have been much better... perhaps if Brosnan was still cast as Bond...

Seriously though, I thought it was decent; definitely not one of my favorites, though.