bold dont work or at least i cant see it but it did pop up fo a sec. when i replied

the balance for me sucks b/c guns are still over or under powered, i perferred the no layouts from UC2 the shotgun and pistol (which are power weapons) dont act like they did in UC2 there completely worthless i rarely see anyone use them there blind fire accuracy are horrible.  the game feels like its catered to campers or players that cant use guns with recoil and short range and have to rely on the gmail and snipers,  in UC2 it felt like it catered to different play styles.   i also dont like the placement or selection of power weapons in UC2 they were like evenly distributed on the map so when the game starts you had a better shot of getting the power weapon, in UC3 some maps spawn teams closer or right on the PW

lol yeah it's vgc I guess..random text disappearing..bold is not bold italic is not italic etc etc from time to time :P keeps the suspense up

I absolutely agree that in some maps the power weapon placement is stupid. For eg. chateau the RPG is placed rediculously close to one teams starting point while the other teams has nothing near them. so yep I 100% on this one with you.

I disagree on the other two points however

1. shotguns and other power weapons are used HEAVILY in the MP imho. I personally use both shotguns and the hand guns a LOT. They are obviously not suited for all maps tho. I had no issue with the accuracy of any of them so far tbh. the sawed off shotgun can be a pain cuz of the two shots to kill requirement but had no issue with the accuracy. I LOVE using them in the newer maps especially. Currently my favorite thing to try and do is a death from above using a shotgun. I even got one guy who was swimming by jumping off of a building and right on top of his head and BOOM

2. Camping is not a big issue in UC series for me so far BUT when it happens it usually happens in the maps brought over from UC2 MP. Especially on maps like the Fort and temple. However the newest maps like Yemen, Graveyard and chateua completely removes camping from the game. All the new maps have way more ways to take out campers. Graveyard map for example takes it to a whole new level with the use of water.

3. gmail is one hell of a weapon...I can spam the hell out of people! :P I kid I kid...my gun of choice is the M9 and I have been doing pretty good with it.

the BIGGEST issue I have with the UC3 mp is the number of players. since there r only 5 members each for a side...one noob in a team is enough fuck things up for you. This is true especially in TDM and to a lesser extend on TO. This can be VERY irritating

sorry i meant pistole its a power weapon in both uncharted 2 and 3 like the shotgun its blindfire accuracy is not as accurate as it was in 2, in UC2 with shotgun and pistole it was way easier to kill than it is in 3. you did not have to go down the irons just get close enough while moving and fire once, the shotguns in UC2 where one shot kill weapons like they should be for a PW to match the sniper gun

Megatron needs a trophy for getting on the cover of Madden 13!! Go Lions!

I don't really remember if UC2 had a sewed off shot gun tbh :S but yeah the only shotguns available so far are SAS and sewed off...I believe UC2 had the MOSS

oh I think I know what you mean by pistole...it's the power weapon found in the chateu map right? I personally didn't have any issues with it...but I haven't used it that much either. I will use it more and see what it's like. My most favorite power weapons are the hammer and SAS. I do REALLY well with the SAS in the Old Quarter map. Had like 5 spray and pray medals in a game yesterday as well using it

This is not true.  One team does spawn nearer the RPG, this is balanced by the other team spawning near the grenade launcher.  This is what several UC3 maps do, instead of one power weapon in the middle they add two and attempt to put each closer to a certain spawn.

I know trophies/achievements are fun to get but there are problems with having online multiplayer centric trophies. For most games the online component becomes null and void after a year or two as people move on to newer games (unless you are talking COD). So if someone decides to buy the game a few years after the release, they won't have access to trophies at all. I for one love trophies and wouldn't mind them being MP based, but I can clearly see the problem of doing so.

In Chateue? Maybe you are talking about a different mode as different modes change the power weapons that are available at times. I mainly play Team Obj. and I can assure you there is no grenade launcher in the chateua map. tbh I can't even remember it having one in team death match. The power weapons available on TO mode are the rpg, bolt sniper and pistole 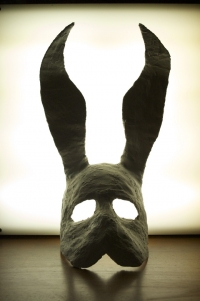 a game/dlc can't be good without trophies?! sounds a little over-the-top to me...