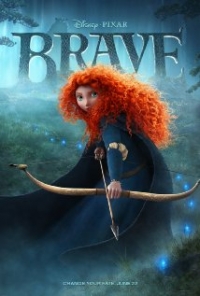 I actually don't care for online achievements or trophies. The reason why is if the game is no longer popular, it's almost impossible to get many of these achievements or trophies, because almost no one is playing online. If I try to get online achievements right now for say NBA Live 09 or Far Cry it will probably be very hard to get an online game with anyone. Unless you have a bunch of friends will to play the same game, online achievements/trophies are senseless. I think these trophies and achievements should automatically be given to you when the online community for that game is dead. I don't know what Naughty Dog would reset trophies that were already achieved. That sounds like a bug to me. I would contact them about that.

I like what ME3 did here. They made it so you could earn Mulitplayer trophies, but you could also earn all of those same trophies by playing the single player game.

could you pls elaborate a bit more. I'm curious as to how they did this

I completely agree with the OP.

No Trophies, no buy.

Tour of Duty (Bronze)
Finish all multiplayer maps or all N7 missions in single-player.

Almost There (Bronze)
Reach level 15 in multiplayer or level 50 in single-player.

Battle-Scarred (Bronze)
Promote a multiplayer character to the Galaxy at War or import an ME3 character.

Unwavering (Gold)
Finish all multiplayer maps on Gold or all single-player missions on Insanity.

very interesting approach I must say..don't think i have seen this being done before. I think there should be one-two MP related trophies though..nothing hard to get but to encourage players to try out the modes at least once.

bold dont work or at least i cant see it but it did pop up fo a sec. when i replied

the balance for me sucks b/c guns are still over or under powered, i perferred the no layouts from UC2 the shotgun and pistol (which are power weapons) dont act like they did in UC2 there completely worthless i rarely see anyone use them there blind fire accuracy are horrible.  the game feels like its catered to campers or players that cant use guns with recoil and short range and have to rely on the gmail and snipers,  in UC2 it felt like it catered to different play styles.   i also dont like the placement or selection of power weapons in UC2 they were like evenly distributed on the map so when the game starts you had a better shot of getting the power weapon, in UC3 some maps spawn teams closer or right on the PW

lol yeah it's vgc I guess..random text disappearing..bold is not bold italic is not italic etc etc from time to time :P keeps the suspense up

I absolutely agree that in some maps the power weapon placement is stupid. For eg. chateau the RPG is placed rediculously close to one teams starting point while the other teams has nothing near them. so yep I 100% on this one with you.

I disagree on the other two points however

1. shotguns and other power weapons are used HEAVILY in the MP imho. I personally use both shotguns and the hand guns a LOT. They are obviously not suited for all maps tho. I had no issue with the accuracy of any of them so far tbh. the sawed off shotgun can be a pain cuz of the two shots to kill requirement but had no issue with the accuracy. I LOVE using them in the newer maps especially. Currently my favorite thing to try and do is a death from above using a shotgun. I even got one guy who was swimming by jumping off of a building and right on top of his head and BOOM

2. Camping is not a big issue in UC series for me so far BUT when it happens it usually happens in the maps brought over from UC2 MP. Especially on maps like the Fort and temple. However the newest maps like Yemen, Graveyard and chateua completely removes camping from the game. All the new maps have way more ways to take out campers. Graveyard map for example takes it to a whole new level with the use of water.

3. gmail is one hell of a weapon...I can spam the hell out of people! :P I kid I kid...my gun of choice is the M9 and I have been doing pretty good with it.

the BIGGEST issue I have with the UC3 mp is the number of players. since there r only 5 members each for a side...one noob in a team is enough fuck things up for you. This is true especially in TDM and to a lesser extend on TO. This can be VERY irritating

sorry i meant pistole its a power weapon in both uncharted 2 and 3 like the shotgun its blindfire accuracy is not as accurate as it was in 2, in UC2 with shotgun and pistole it was way easier to kill than it is in 3. you did not have to go down the irons just get close enough while moving and fire once, the shotguns in UC2 where one shot kill weapons like they should be for a PW to match the sniper gun