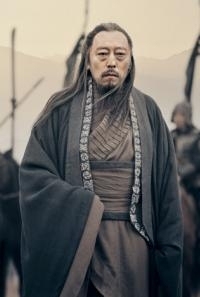 I'm a lurker, pardon me for my unwarranted intrusion in this discussion.

I'm honestly astonished by this statement. Almost everyone I come across view Metacritic as a representative of the whole world, effectively ignoring the East. Then again, it's not something unexpected from pezus. Big props for playing Witcher 2 before it gets known. Regardless the rumor of the discrepancies in Metacritic/Gamerankings picking the reviews to consolidate the score, it should never be a basis of how one formed his own opinion of the game, especially if he has yet to try it. Do not let reviews, sales and metacritic dictate what you should buy or influence your perspective of the game. Everyone has their own set of criteria.

I'm not the biggest fan of Skyrim and this is coming from someone who pre-ordered on steam. My main issue of the game has to do with the very underwhelming combat and dragon's battle. In retrospect, I adored games like Demon/Dark's Soul but metacritic score says otherwise. The very same reason why I prefer Dota ( Dota 2 in future ) over League of Legend, although that partly has to do with the former being a hit in my country.

Of course this is just my insignificant opinion but it's one that was cultivated over 20 years of gaming and the only that matters ... to me.

PS: Legend of Galactic Heroes is a great anime, you won't be disappointed even if you're not a fan of anime.

Do not allow yourself to be blinded by fear and anger. Everything is only as it is.

Wait a minute there, are you saying that as a compliment or did you misunderstand my meaning? I'm surprised you recognize me, a new user and all!

Aye, you reply fast. Obviously, I meant that as a compliment.

I made my post because I'm someone from the SE Asia.


Do not allow yourself to be blinded by fear and anger. Everything is only as it is.

I've never seen a game so hyped yet not deliver in every way shape and form.

Well, thank you then good sir! Have you been lurking the forums for long? What made you sign up finally?

The truth is Japanese games this gen are no where near as good as snes,ps1,ps2 's era and we know it.

overall the quality in games have dropped a lot specially in japan, but in western too. Apart from RDR, alan wake, bioshock and a couple of more titles, this generation has been weak in the home console department(i just got a wii so can't comment on wii titles yet). i miss the ps1 days when i could by a FF, and be sure i'd enjoy it. After ff 13 fiasco i'll be reading a few reviews before i buy another ff game or another game from SE, same goes for capcom they turned the best horror serie into another shitty shooter. 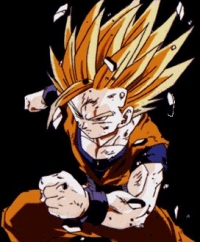 quality is an opinion thing. Thats it

You don't think they are better than their predecessors,do you?

If you do then you have a really strange taste.