The name is actually the reason I bought it, I just couldn't pass on Samurai toasters. 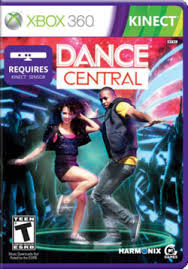 I've always been somewhat reluctant towards dancing games. Mostly because none of them felt like dancing at all and also because the tracklists were full of J-Pop. Then came along Dance Central for XBox Kinect, I saw the ads, I watched the youtube videos, I wanted this game ... bad! So bad that I bought a 360 just for this game. The game turned out exactly like what I've always thought a dance game should be, real dance moves and fun varied tracks to dance to. Playing alone it's a great workout (and you can try out the hard setting without anyone to see how you totally miss most moves) and playing with friends is an absolute blast.

I've heard that game mentioned before, it makes me think of The Brave Little Toaster.

Is it a bad thing that I didn't make a list for this?

It's a ban-worthy offense.

No, it's not actually. It's perfectly reasonable.

I can't tell if you guys are being serious or not...

Make a list and you won't have to find out.