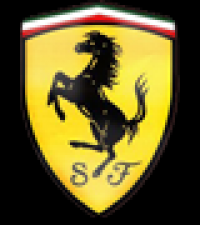 The father of one man who died didn't say he wants to take revenge. This is good and I feel for the father as his son died. Also, it's the month of Ramadan which is probably why the Muslims aren't agressive.... Apparantly the men were hit on purpose. Are Muslims being attacked? If so, why? All 3 men who died were Muslims. Is it a coincidence or what? I swear if the Media blame Muslims I'll be Pissed because as you can see from the pictures most of the rioters are black people and they are not Muslims. And anyway, why would Muslims want to kill other Muslims? Especially in the Month of Ramadan? The UK Media is Fucked Up if they blame Muslims...

What does this have to do with the riots? The rioters are mainly black, and have lived in the UK for centuries.

Update: sirens goin off in distance i think its more a precaution than any trouble. The riots seem to be calming down but the shops are all still boarded up just to be on the safe side. Hopefully it is all over and we can resume normal life.

Also i would like to submit my view on the "race blame game" I work in Birmingham city center and i have seen riots and the people in them. it is a fair mix of whites, blacks, asians, young and old. It is definately not the majority black as you say in the two posts above mine. Unless you have been there please dont assume anything even if you feel you have seen more blacks on the news the news appears to be slightly biased so it is unfair to assume such things. Please if you have stories to tell please do but dont go blaming people or groups of people on this thread as i dont want some race battle going on.

I do not want any group blamed on the news either especially youths as not all of them are youths and only a tiny percentage of all teenagers are in the riots. On fb i have around 300 friends and not a single one are in the riots and most of my friends are youths. in fact most of them hate the people doing it.

I do like an idea going around on the e partician sites which is to cut all those who are caught's benefits. I would imagine most are on benefits and this would force them to finally get a job.

May i also point out that these people complained they were out of money for food, clothes etc yet how did they mainly communicate? BBM thats strange but wait... doesnt that mean they have blackberrys and have spent all their money on that instead? thses people need tto spend money wisely, stop rioting and get a job!

Ferrari it is ramadan isnt it? i thought that meant you cant swear!

BTW for those who dont know me i am white.

It was cut off, I saw it a few days ago.

Luckily I'm back in Sandwich now, the last place in the world where a riot would break out.

This won't be much of an offtopic here. Nice trolling on part of Kaim, btw Ahmadinejad have said smth along these lines too.

Libya Calls for British PM to esign Over Riots


The Libyan government Wednesday called for British Prime Minister David Cameron to step down, saying that because of the riots shaking Britain, he had "lost all legitimacy".

Kaim went on to say: "These demonstrations show that the British people reject this government which is trying to impose itself through force." He called on the UN Security Council and the international community to not stay with its arms crossed in the face of the flagrant violation of the rights of the British people.

Britain is one of the first states to recognise the rebels' National Transitional Council as Libya's legitimate government, and on Tuesday even officially gave the go-ahead for the NTC to take over the Libyan embassy in London.

With France, Britain are spearheading NATO's aerial bombing campaign against the Libyan regime since March, when the United Nations approved action to protect Libyan civilians.

All 3 men who died were Muslims because almost every shopkeeper in Birmingham IS a Muslim.

The media has said absolutely NOTHING about Muslims and they aren't being targetted on purpose, stop being over-defensive and pretending that there are racial tensions when there aren't.

That's why I used the word IF. I said IF they blame the Muslims. Anyway just forget about it. I'm not trying to start a war.

Enjoy the rest of your day :)

Why bring it up then? The likeliness of the media blaming Muslims is almost nil.

I just find it offensive that you EXPECT us to victimise Muslims, which couldn't be further from the truth.

It's obvious you are trying to "start a war", you aren't pointing out racial tensions, you are creating them.

EDIT: I just noticed how hypocritical it was that you complained about the possibility of the blame being put on Muslims, then you dump the blame on black people. I will agree with you there, there are an abnormal amount of black rioters, but after your little rant you are in no position to say that.

neither ww media, neither uk media are blaming muslim man ...

well, about the "it is not about black people"

you are "partially" right :

but you can't deny :

- the racist message transmited on the BBM : "attack white, do not touch our black brother"
"Everyone from all sides of London meet up at the heart of London (central) OXFORD CIRCUS!!, Bare SHOPS are gonna get smashed up so come get some (free stuff!!!) fuck the feds we will send them back with OUR riot! >:O Dead the ends and colour war for now so if you see a brother... SALUT! if you see a fed... SHOOT!"
Perhaps, I m wrong but it looked clear to me
- the white people getting undressed (even it is hard to know if they were undressed because this was a white vs black humiliation)