For the guy above Chocoloco, so you reduced the size of your peace picture?

Yeah the ban was for having to long of a sig and until he replys saying I can make it a little bigger I wont take the chance. 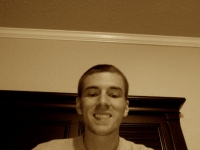 lmao i didnt block anybody.

It must have been because of the ban , which does not usually happen. Because now we can go on it.

my envy of your kirby no's no bounds

Ok! I just have to know. Anyone have any good Kirby007 stories?

In other news pertaining to me! I have just gone through my whole friends list. I have 7 friends who are banned as of this moment. Including REndo! FAtty Ding Dong! Antabus! Iseelight.  Fatty Ding Dong was a surprise! What happened FDD?

I've been banned twice, both times involved overly sensitive Nintendo fans and one of those times involved an overly sensitive Nintendo fan who also just happened to be a mod. It's a weird thing with this site, it doesn't matter if your arguments are reasonable, if they hurt the feelings of the majority (in regards to the thread being posted in) then the minority (the controversial poster) will be the one to take the hit. The thread then goes on about how much these developers/fans/analyst/writers/reviewers suck without backing them up with well thought arguments or without any restraint on who they are offending (offending is a bit strong).

When posts like 'HD fanboys are jealous of the Wii and third parties are trying to destroy Nintendo!!!' are repeated by twenty different posters in a thread and then someone comes along and disagrees with that notion and actually provides an explanation, you'd think the angry one liners would be the ones being told off.

Debating on this site always ends up being a risk, because no matter how right you may be or how well thought your argument is, if it offends some 'group' of fans, you bet your ass your gonna get banned. It's one of the main reasons why I don't post anywhere near as much as I used to.