Bad guys like Hydra in CA make me think that The Watchmen had its villain portrayed far better....Batman series too. Marvel baddies are so black-and-white.

Otherwise, the movie was good. Not as good as Iron Man or the Spiderman series, but better than the Hulk and much of the other Marvel movies I've seen. 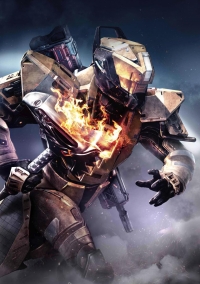 @mrstickball-Not all of their villains are like that, Magneto and Dr. Doom are perfect examples.

I saw it and really enjoyed it. My most memorable moment was when Cap was going around doing all of those propaganda tours for little kids and women--then when he went to the front lines to entertain the troops, they were all thinking "Fuck this guy. We're out here fighting while everybody thinks HE'S the hero."

Also, Tommy Lee Jones was selling popcorn in the lobby. It was pretty good.

Yeah I really liked that part too in the movie. It was funny seeing him dressed in the traditional style costume during those plays he did in the movie. Can you imagine if they used that outfit for the entire movie? lol. I do wish however there would have been more of a fight scene between red Skull and Cap at the end. But over all I liked it quite a bit.

lol, agreed on the Tommy Lee Jones part. They practically made him the leading role in the movie. It seemed like he was calling the shots all over the place. But, I can't deny that TLJ can definately act well. Also I think in the movie they set up Bucky's "Death" pretty well if they decided to bring him back as the Winter Soldier from the comics.

Overall a very good film. I avoided every trailer and movie poster I could to be surprised at every turn and I was (means I've not been to this website for a week too...stupid adverts).

The way it was done was very good. Inclusion of characters was good. Portrail of Cap and Skull was good...all good.

Bad example used when Cap A vs Red Skull are the most black and white, evil vs good portrail in comics it seems. Loki in Thor was excellently done.

Well, I just saw it, and it was somewhat disappointing. I suppose I've come to expect more from superhero films.

It was still good, though.

It was a good film. The ending was a bit depressing, "I just missed my date".

heard it was good from some guy that bought it bootleg

It sucked ass...I honestly wanted to kill my friend who convinced everyone else to see that over Harry Potter

Someone would have to pay me to watch this.