Each time it happens I create a new account. 3 bans for trolling/flamebait, 1 for being an "insensitive bastard".

Will probably get banned for stating the above ^ (then I'll create another account!)

What's the point of banning people when it takes three seconds to create a new account?

I suspect most of these people do not advertise their prevous bannings quite so openly.

Also, how come the ability to search through the forums was removed? 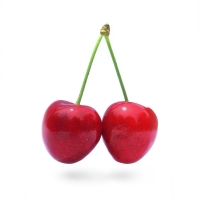 lol you've got a good point

I would NEVER EVER open up another account if I was banned!

Well it works eventually. At least Hus stopped trying to come back. I think.

i was the one who banned both his last accounts, even though TurdFergusonMcgee only has a 3 day ban.. cant he just wait 3 days.. geez..

Banning accounts is retarded, unless what they post is so offensive all posters should be left alone. Also from what i have seen ioi and the other mods don't care if you came back aslong as you don't do stupid things. This is why i have the Griffin account and not some other accout.

That's why they get banned, genius.

I guess I was wrong about Hus.

I'm not Hus if thats what you are trying to say, but Hus was a great guy.

I had a 3 day ban but was unbanned after only 18 hours by a mysterious Mod, the Mod in question locked my ArtofSoriku account and left a message saying to go and use my normal account now, thankyou whoever that was :D