Then you would already be in jail....

But let's say you get parole, and then a rape happens in your neighborhood.  Guess who's number one on the suspects list?   That's the same thing that's happening here for better or for worse, a group of known hackers declared war on Sony and Sony got hacked.  I agree I don't think the same people are involved, but I won't fault people for making the obvious logic leap.

It sounds like you're confusing investigations and legal proceedings with common sense. Naturally suspicion will fall on Anonymous after they, you know, threatened to do this, and whether or not forum dwellers think it was them has fuck all to do with the authorities catching the real perpetrators. 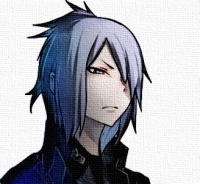 They're more than a likely target though, they're a repeated offender. Also, their "group" has attacked and threatened Sony already, as we all know, which does nothing for their innocence. To use your example: If I was a known rapist and had recently expressed my intention to rape someone, I wouldn't have a leg to stand on if that person was raped. I get what you're saying, an accusation should not precede the evidence. In this situation though, they've brought it on themselves.

Exactly. They are known to not shy at taken credit for what they did.

Why would they deny credit when they say they are going to hack Sony?

I just bought me a PS3 the slim version.  It's a very sweet system.  We it goes back online, it's going to be even sweeter.

Well, according to the FT report, members of Operation Sony started to wig out after the FBI got involved. That could have some bearing on it.

That goes back to my original point, their amorphous nature is their weakness. We've had one group of "anonymous members" confirm the group's involvement, and now we've got another that's denying thier involvement. Members of anonymous were definitely involved, but because the entire group isn't accountable they can confirm/deny whatever they want.

To lighten it up a little bit, what if this whole thing was just a huge publicity stunt? What if Sony came out and said "Hey, we actually just needed some PSN downtime to implement X new features and Anon. was a good distraction."

The whole board of directors would be asked to resign since it has affected the stock price of Sony. Further, whoever decided to do this wouldn't have the authority to do so without shareholders consent through a vote.