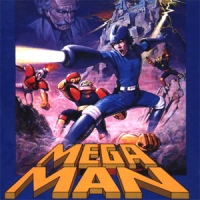 "The size reduction comes at a cost of losing features, I doubt people will like that. "

They did that with the DSi and the Micro I think so I don't see how it would be a problem. See I can also make reference to the past but if looking for the past to understand the future is of course a the most obvious way to predict things you of course have to back it up with logic and the actual context. Nowadays every consoles get a redesign and that's always ends to be a good way to improve sales (well except PSP Go :) ok but PSP had many successful revisions) so I don't see any reason why they wouldn't do it. We can bet if you want but I would prefer arguments as I think I have answered to most (all?) of yours ;p. True about the DSi losing features, but like I said before, portable redesigns are much different. Nintendo makes a lot of them to every gen portable. HW redesigns on home consoles are a 1 time thing if they even exist. If we go by the current trend, they won't be releasing a HW revision (Neither GC nor N64 got one). And there lies my question, why didn't Nintendo do a redesign of the N64 or the GC? It would at least have brought extra sales according to your reasoning which would have been welcomed by nintendo. I think the Wii doesn't need a redesign at all, people do not buy it for the looks rather than for the buzz it has generated in the society/media. And the future is bleak in regards to its buzz. A redesign will obviously make sales go up, but it would br so frontloaded that it will not matter after a month or 2. Sales will just drop back to the current levels. I don't believe the casual community will re-buy a Wii just because it's slightly smaller and has more rounded edges.

The most information I see them diverging is the strategy they plan on taking in the future, which concerns their next console. They won't even reveal a codename until E3 2012.

I think they will still wait till *at least* next E3 before showing new hardware, and no new hardware from either side released till end of 2012/late 2013..

Don't forget about the installed games/free 1000 points though!

None of this post had new information, just character attacks. The contents of your post were lacking. They were just "Sales are down," and elaborating on that. It didn't give any other reason to release a new system beyond "sales are down." Here's another mock up, more hardcore style I guess...

Gum, Nintendo is NOT going to have Wii revision! It goes against their strategic plan and that is final!*Angry face*

It makes even less sense at this point when their next console will not be far from launching.

Most Wii gamers don't even talk about Wii getting a revision. Why? because they wouldn't care and they can see it would be useless.