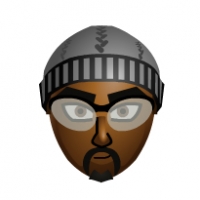 The PS3 will be first in Europe!

Its Playstation not Play Station for a fanboy you should know that. Also i'm not saying its impossible for PS3 to sell 100 million, so lets say it does; then how much do you think 360 will sell? Since it sure as hell wont sell a lot less, it could even sell more. So either its only Wii over 100 million consoles, or all 3.

I predict the PS3 to sell 100 million console systems. PS3 will comfortably finish in second place and at least 20 million in front of the X360.

And you are basing this on what? I can also pull numbers out of my ass you know. Playstation is a strong brand, but lets look at N64 for example, sales sucked compared to Snes and lets not forget the GC it lost to Xbox which was the newcomer. And now Wii is owning, if this gen has showed me anything it is that everything could still happen.

Ps2 only did so well it did cause of all the casual gamers, guess which train they are on now? Yeah the Wii wagon, hell more of them are on 360 now than PS3, cause of Kinect.

Lts are hard to estimate, but i think only Wii will break 100 million. Unless both consoles get a 10 year life cycle.

Ahh so Wii is tracking roughly 12M ahead of PS1 at this stage.

Spoken like a total fanboi.(go back into the woodwork mkay?)  Keep throwing around your silly unbalanced numbers around...there is no WAY PS3 catches WII and there are several things to be said for them probably not only not catching x360 but falling further behind.

This gen is well over half over and I personally think that the current trend of hardware sales slowing/dropping off will continue due to market saturation.

I predict that PS3 will sell 11ty million billion consoles due to my obvious lack of use of common sense that you're using in your silly thread.

Did you happen to see that hardware sales have been slowing all year.  Are you aware that none of your numbers even come close to matching any actual industry expects predictions.

Maybe you should keep your posts on PS3FanBoi.com?  You irk those of us here who exist in the real world.

Did you even see that the PS3 is getting its ass spanked by x360 even though ps3 had its main title GT5 just released?

PS3 in first place, dude It's very unlikely, The move hasnt become the pusher Sony was hoping, I predict the Wii will come out on top again followed by 360

Yeah, and I have faith the the Wii will sell a billion units. There's a certain point where you've gotta draw the line between faith and insanity.

Which statement? Racing games or other games?