i think its possible?(wht marcus was really thinking is/its true. its time to get these sells tracked right)

I'll leave that there for those whostill doubt the numbers (proof).

Actually, it probably is (and Nordlead - spelling? - admited as much in another thread) as a lot of PS2 sales are now in emerging markets where sales tracking, etc. is very unreliable - or even non-existant.  All we'll really see in those territories is the releases from Sony about what was shipped.

From Sony's releases it's clear that the PS2 has sold very well globally considering its age, and they're clearly getting a lot of life out of it by shifting its focus to emerging markets - sales in US and most Western markets are of course low and not the focus for the console anymore really.

I now see why they always banged on about 10 years for the PS3, which I initially thought was bollocks posturing, as I imagine they are intending to do the same thing with the PS3: Bring out the PS4 in Japan and core territories and shift PS3 focus and price point to more emerging markets.

Sounds plausible. This is probably why PS3's numbers will be just a tad higher than before, overall, when the holiday rush settles. 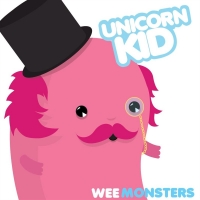 HOW DARE YOU TO CALL ME SENSITIVE??

PS3 has sold 9 million so far this year, actually.

jesus christ does it ever end????

Actually you are wrong. According to sony website its 5.9 million for this year. Those are units shipped not sold . There is a difference between the two.

@eal-zubieriPosted Oct 29, 2010 8:16 pm GMT@Colonel-Snake "They sold 5.8 million Xbox 360 this year while Sony Sold 8.1 million"Before is start typing , just want to clarify that i have both xbox360 and ps3 therefore i ain't biased towards a particular console.That figure is the amount of ps3 and xbox 360 shipped not sold. There is a difference between them.Plus i don't know how you got 8.1mil but on sony site it says 5.9http://www.scei.co.jp/corporate/data/bizdataps3_sale_e.html

People are talking about calendar year, not fiscal year

oh k. Isn't it more accurate to do fiscal year as it includes the sales for 2010 whereas the calender includes some from last year. To me using fiscal year is more logical in that sense then using calender year.