Forums - Microsoft Discussion - Kinect : $500 million in marketing, Will be bigger than Jesus!

Oh, you're of THOSE.

That's not really how business works though.  It's not like Sony said, okay we have a marketing budget of 5 billion, but we're going to cut X amount off of that and give it to SCE so they can buy more studios.

Regardless,earlier someone in this thread said Sony couldn't compete with Microsofts advertising budget.  My only point is, YES they can, but they choose not too.

You could break it down to this: Microsoft is willing to invest more of thier advertising budget in XBOX then Sony "appears" to in the Playstation brand (given the lack of blockbuster advertising for Move, GTA).  This is a business decision...and I don't fault Sony or MS for that.

ON a side note, it is rather funny that because Microsoft IS willing to invest a ton of money in advertising their own project, this is somehow "bad".

Think of all the people you could help with that much money... sad really!

They are going hardcore on Kinect.  Xbox fans this is your future.  Motion gaming is fun but not long lasting. i mean I haven't picked up the Move in a week.  They are all novelty!

I'd be lying if I said I knew who sony distruibutes funds through its various enterprises. But I don know that MS has a nonexistent first party, Sony's gets better by the day, and MS is wasting money that could be used on making games. 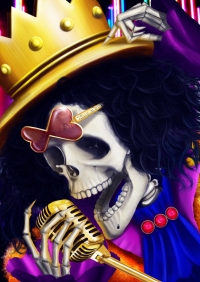 Seriously, you sony people need to stop, your motives are blatantly obvious.

Well it is starting tomorrow.

Kinect will be on Oprah tomorrow and Ellen later this month.

OT: Some people seem to miss that this is also going to spur interest in the system itself and that much of the money will come back from the software side.

Sure it's a big budget, but if the 2 billion development cost is true you should put it in perspective, as it would be adding just about 22% to the total volume needed to sell to break even if compared to a 50 mil budget. So either 500 mil is a much better deal than say 50 mil or they already got themselves way too deep in even before factoring this.

Bear in mind people, this marketing will boost Xbox 360 sales as well. They aren't just selling a perhiperal, they are also selling consoles and software.

This will be the 360's marketing for the holiday.