Multiplatform generation my ass. While half of them are crap and not exactly DMC4/MGS4/FFXIII caliber, the fact that 10 new exclusives were annoucned, compared to just 4 for the 360 and 3 for the PS3 in the same time period, is interesting, to say the very least. The Wii is building it's game library quite rapidly, it seems.

Smaller publishers deffinitely like the cheaper cost of development and the explosive nature of the Wii installl base as most of these annoucnements were right after the January and February NPD numbers were announced. I wonder if this trend holds, especially if the Wii still keeps on selling out(it still does as of April 8 2007, a good 5 months after launch despite the plentiful supply). I honestly can't wait to see what happens in the next 3-6 months with regards to game announcments.

I predict at least one megaton bomb within the next two months(hint: Square's Final Fantasy Party will be held in the middle of May). :p

edit: The title should have been "The Wii apparently added the most exclusive games in the last few months."

I think the Wii will get a lot of exclusives, or if a game it multiplatfor the Wii version will wind up being so different that it might as well be exclusive (Rayman).

Wii has the dev cost and market share to get the 3rd parties on board. Also while it is easier to make a game for PS3 and 360 it is not as easy to make it for the Wii since the Wii plays so differently.

I definitely see a KH game coming for the Wii. If the Wii gets DQ and FF as well, they loock in their domination of Japan.

some aaa titles right there.

Doesn't Matter hus, SONY has died this generation, they will have a few diehards, who wont let go (IE, less than the Gamecube last GEN) and developers will port thier PS3 titles to the 360, and start developing for the wii. 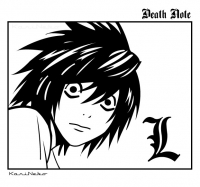 Good for the Wii, there are some titles I want to play, I hope devs makes some huges hits for a near future, specially 3th parties. It's obvious that the Wii will have more exclucives titles becuase is more difficult to port from a 360/PS3 and the controls are suited for new ideas that can't be done in any other system.

Welcome Quantam...have I seen you before?

Yup, after the merge, i seem to have lost my old User ID, which was Quantum Tarantino without the dash

Matt Casamassina is constantly braggin of his knowledge about some of those "megaton bombs" for the Wii but can't obviously tell what they are. I suspect there's a Kid Icarus and a Pokemon adventure coming to the Wii. Castlevania would be cool too.

Possibilities for some of those megabombs would be:

-Final fantasy XIII 2nd expansion (Like a spin-off too).

Other thoughts and suggestions?!

That is just opinion I have played both Godfathers and they both sucked. Dont really understand the hype with it really, is there to little Wii games out there so people need to hype this?. Super Paper Mario is going to be released tomorrow have fun. (Its like I would brag about that Call of Duty 3 got overall better score on PS3, and the diffrence is smaller on the Godfather). Who fucking cares.

Welcome to the forum.