Galaxy; yes it will sell some systems, but it won't do too much to drive momentum. Other M will sell less systems than Galaxy 2.

The question should stand:

Is there anyone without a Wii yet?

Put it this way, If Nintendo release a Black Wii stateside with Other M. I will buy a system.

I am sure they will both add some sales. I do not think they will be near as big pushers as NSMB WII. I see Monster Hunter, Xenoblade, and The Last story adding some too.  I can see some people rebuying the Wii that they sold long ago for them. 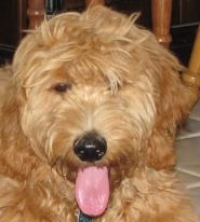 I'd imagine SMG2 maybe pushing it to last year's normal week numbers, and Metroid: Other M i'm assuming will sell no more than normal amounts, but they'll both still sell well software wise.


Just waiting for that PS Vita to come out so I can play some full featured games on the go with that beautiful screen and control scheme...

I really think that trying to label any game as "system sellers" at this point in a generation is a little redundant.

I really don't know how many people have been ignoring the dozens of really great games that have come out on every system because they were waiting till *X* game was coming out so they could finally make their jump into the new Gen.

I mean, 3-4 years into a generation - how avid of a video game player can you be if you STILL haven't picked up a next-gen console.

There will be small bumps for sure - but i can't see anything creating massive shifts in the market.

Galaxy 2 yes because Mario is recognizable to the Blue Ocean crowd and there's plenty more where they all came from which is why Galaxy and NSMBW already being out won't matter, Metroid not so much as it's always been a really complex concept and game for many to get into.

In the traditional sense of console pushing, I don't really think they'll make a big impact.

However, those games, if they can live up to the hype, will maintain Nintendo's momentum for the near future.

But the 'blue ocean crowd' did not buy Galaxy-- so why would they buy Galaxy 2?  Just because it is a Mario game does not mean that people will buy the game on mass.  If people bought games just because of Mario, then Super Paper Mario, Mario Tennis, Galaxy, Sunshine, Mario & Luigi, etc. would all have sold about 20 million.

I'm not sure I agree with the idea that Metroid is to complex for some to get into.  Metroid is more of a niche series (I feel odd saying niche about a series that routinly sells over a million a game, but this is Nintendo we are talking about) and has never been a big seller.  I wouldn't describe the metroid games as complex-- you shoot things and get power ups to access new areas.  My wife 'gets' the Metroid games, but she still doesn't like them.

They'll sell console, in way that, it's not the definitely game to push the purchase but part of the equation.

Some people will need more than 5 must have titles before blowing the wallet on a console.