Mine are the same;

4th would be Heavy Rain
5th probably MGS4
6th LBP (LBP always gets overlooked! It has some of the best textures and physics of any game still.)

Just think, we still have comming, which will topple the past games with eye candy KZ3, The Last Guardian, Agent, GT5, FF13 Verses, Infamous 2, R3 and maybe a LBP2, Uncharted 3 and another GOW game.

Gonna be real interesting to see how good KZ3, Uncharted 3 and the next GOW will all look compared to the past incarnations. Ferk yeh!

Personally i think the 360 could handle all the games just fine, no i dont think fine is 10fps. Also i dont understand people saying heavy rain, it cant possibly take that much power considering what it is.

Exactly. This gen it seems to be graphics over true gaming substance for the Sony fanclub much like it was for the Xbox fanclub last gen. For me it never changed...great games are great games no matter which system. Last gen everytime a multiplat game came out on the PS2 and the Xbox the Xbox fanboys claimed the Xbox title was either visibly head and shoulders above or it was watered down. I wish Sony and Microsoft both would just create visibly computers and get it over with so both sides could just shut up. I wont really blame techies for jumping ship to the PS3 because they follow which ever system is more powerful (I notice tech fanatics have an issue with system power), but I really do blame Sony fanatics for not staying strong with what made Sony so great. They sound exactly like the guys they argued against.

Quality has never been an issue for Sony. They have good companies making games for them. Almost every exclusive they have visually compliments their hardware. The 360 on the other hand is just getting into exclusive console pleasing software after Forza 3. 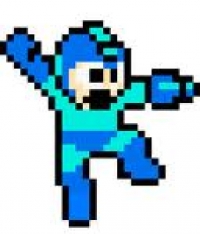 Except for the fact that the Xbox only has the power PC part of the cell running, and the SPU actually has a different instruction set, proprietary to the SPUs. And some of the algorithms for splitting up work across the SPUs are going to have to be redone

and we are only halfway there (lifecycle), people are still saying that PS3 has nothing on the PC. Yet when my PC only gaming friends come over they keep drooling over any of these above stated games. First 30 minutes of GoW 3 made two of them buy PS3, the rest is saving cash.

3 opinions other than the graphical obvious (KZ2, GOW3,U2):

Hmmm, mine's so far are:

- Demon's Souls (It perfects the balance between Action-RPG, difficulty and open world interaction. No game this generation has given me such an immersive feeling)

- Uncharted 2 (Although far from my favourite type of game, it had so many eye candy moments it would be unfair not to list it)

- Killzone 2 (The AI of the game is a clear homage to the best AI ever of a video game, Half Life. To come that close on a console and deliver an amazing package around it, it's trully something to behold. There's nothing unfair about the deaths in KZ2, especially if you let yourself be flanked by some very clever AI strategies).

I think that we will never see something like KZ2, GOW3 or Heavy Rain on another console this gen.

Lastly the king of lags KZ2