Xenoblade Chronicles 2, which originally released in December 2017, is confirmed to have sold over two million copies. It currently sits at a total of 2.05 million units worldwide as of June 2020.

Here’s a chart comparing sales of Xenoblade 2 and Definitive Edition: 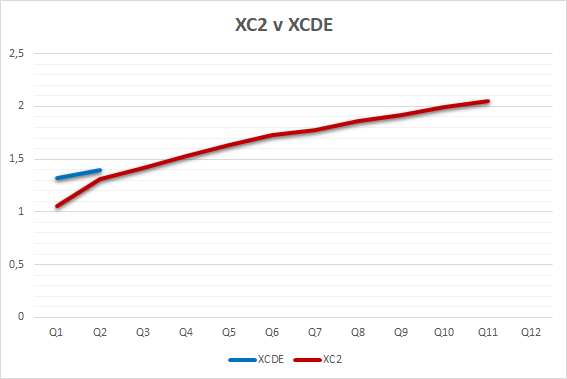 It's a shame the number doesn't go up to the latest report, but still, the series has come a long way from its humble origins as a niche title releasing on a dying system that barely even got a global release.

Well deserved, and I hope it sells a lot more.

I'm not going to lie, those Three Houses sales are kinda disappointing

Well, at least FE Three Houses is the best selling Fe ever.

Seems like the genre wont have that big increase we see in other Nintendo franchise on the Switch. Im not sure if the FE franchise will ever get that boost in their future games

Nice numbers for Three Houses. Fingers crossed to get another Fire Emblem on Switch

Very good sales all around for minor titles, LA will reach 5 million in a near future, can Mario Maker can reach 7 million ? It seems to be selling quite well

Nice to see Yoshi's Crafted World crack 2 million.
Does anyone know Octopath's Japanese sales, so we can add up its total?

I believe it is one of the best selling SRPGs ever.

Fire Emblem Three Houses and Xenoblade 2 are both in my top 10. Phenomenal games. Great sales, though some day I would love to see them grow to final fantasy like numbers.

Loved this game. Put 300 into it. Glad to see it selling well and to think NOA once refused to release the first game in the west.