AMD's next GPUs based on RDNA 2 will include hardware-accelerated ray tracing with a common architecture across PC, PS5, and Xbox Series X pic.twitter.com/3eedxBHhan 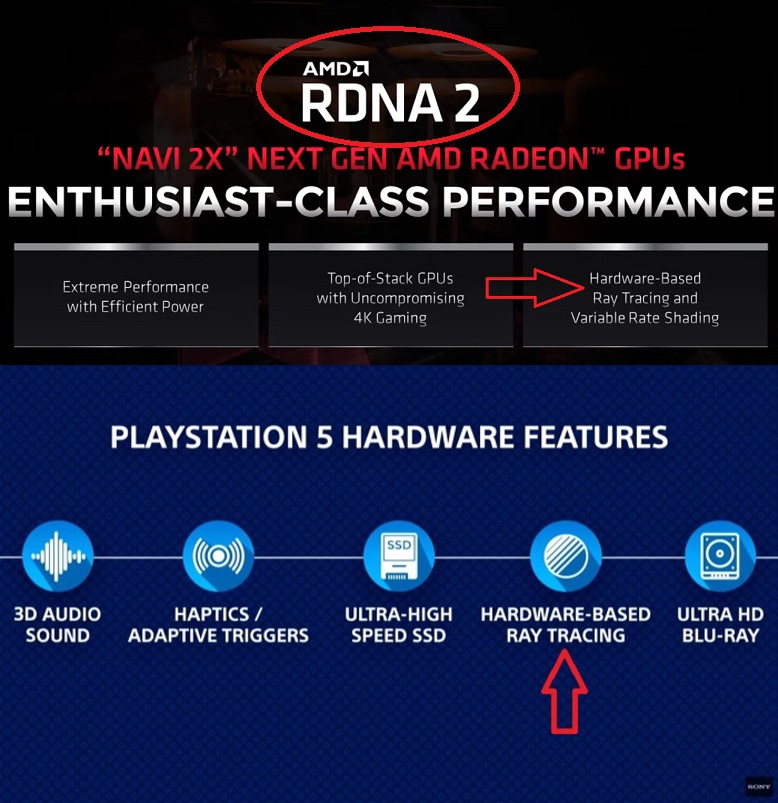 I can see a high GPU clock for RDNA 2 with very efficient gain on TDP and probably better temp. 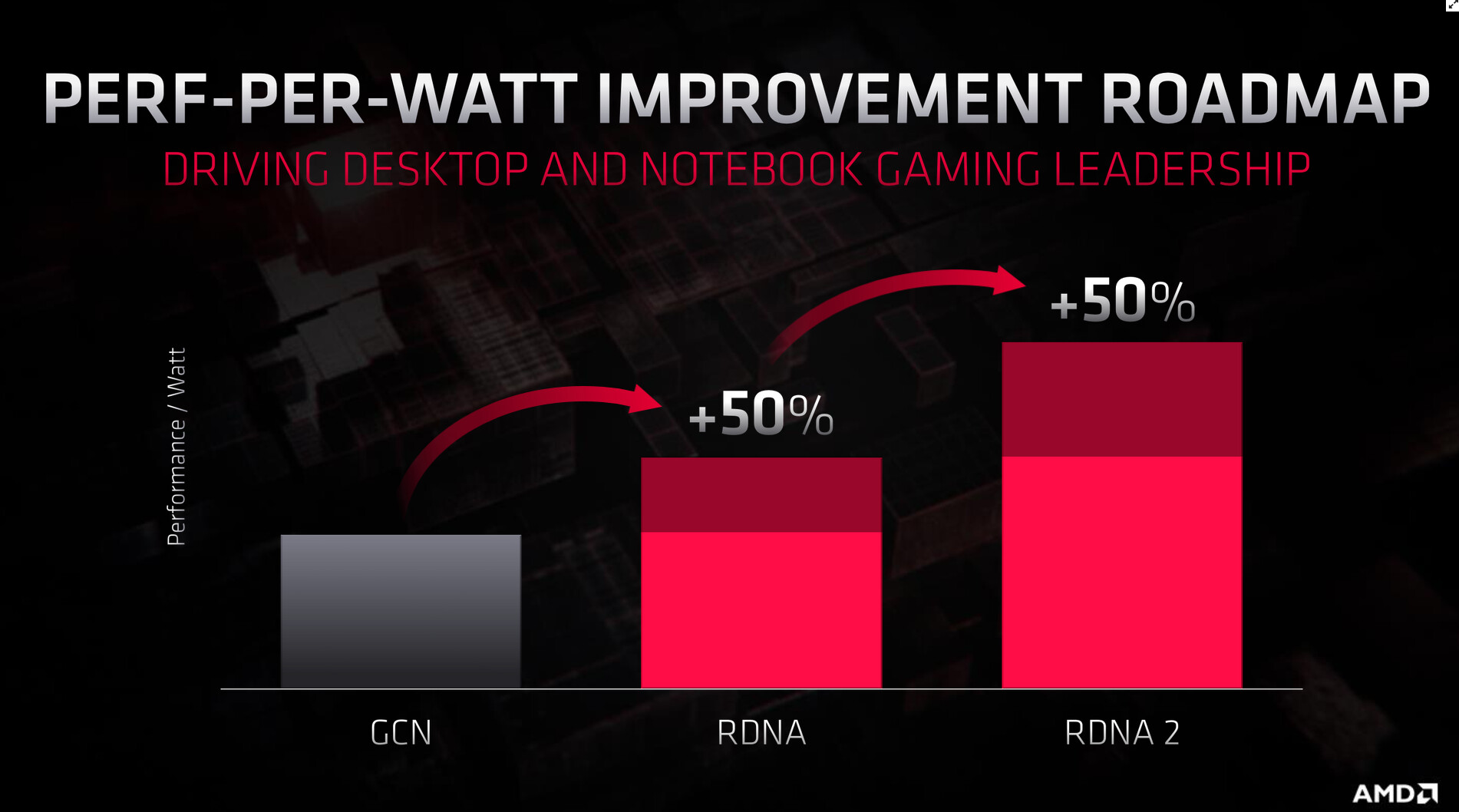 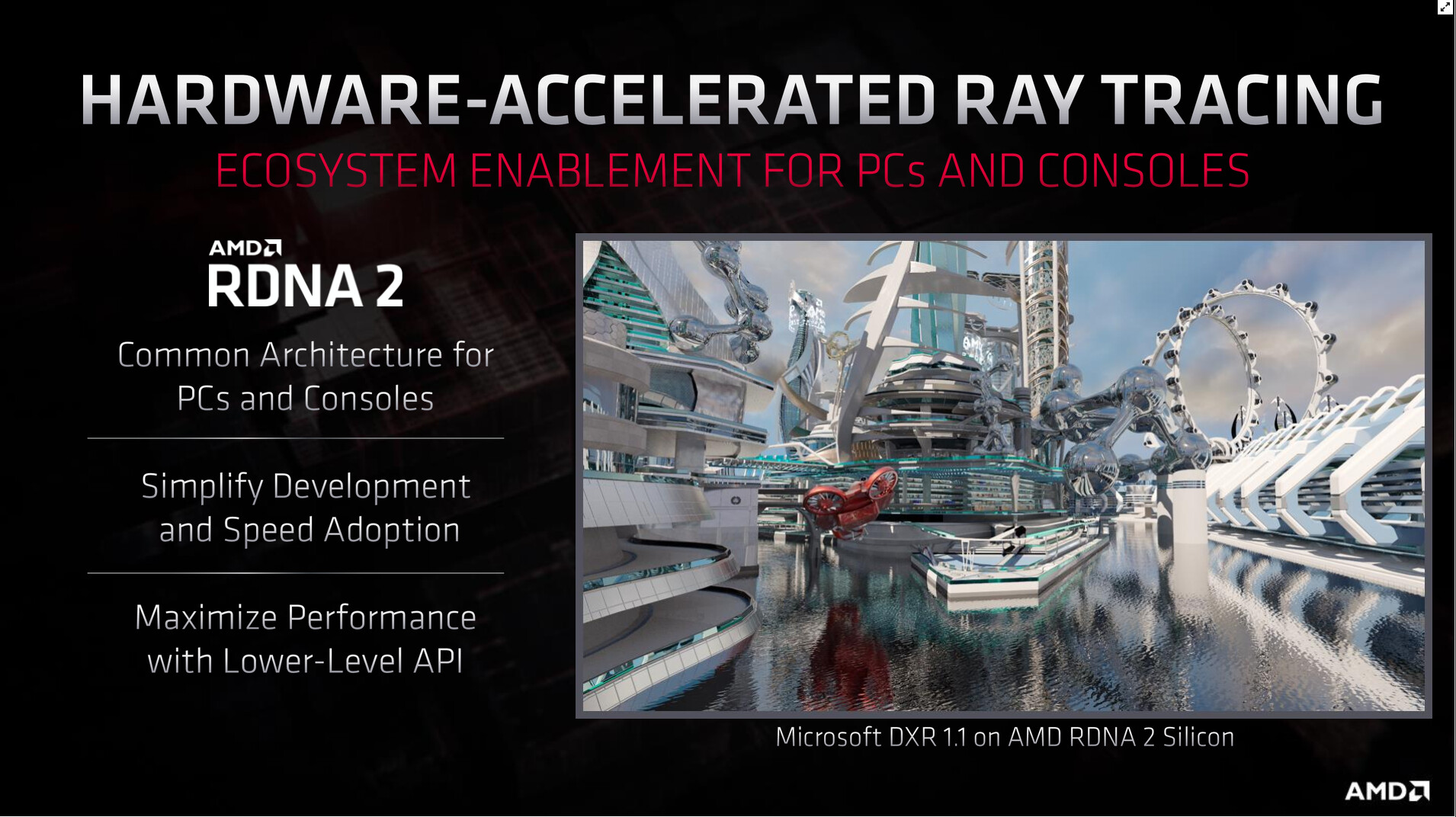 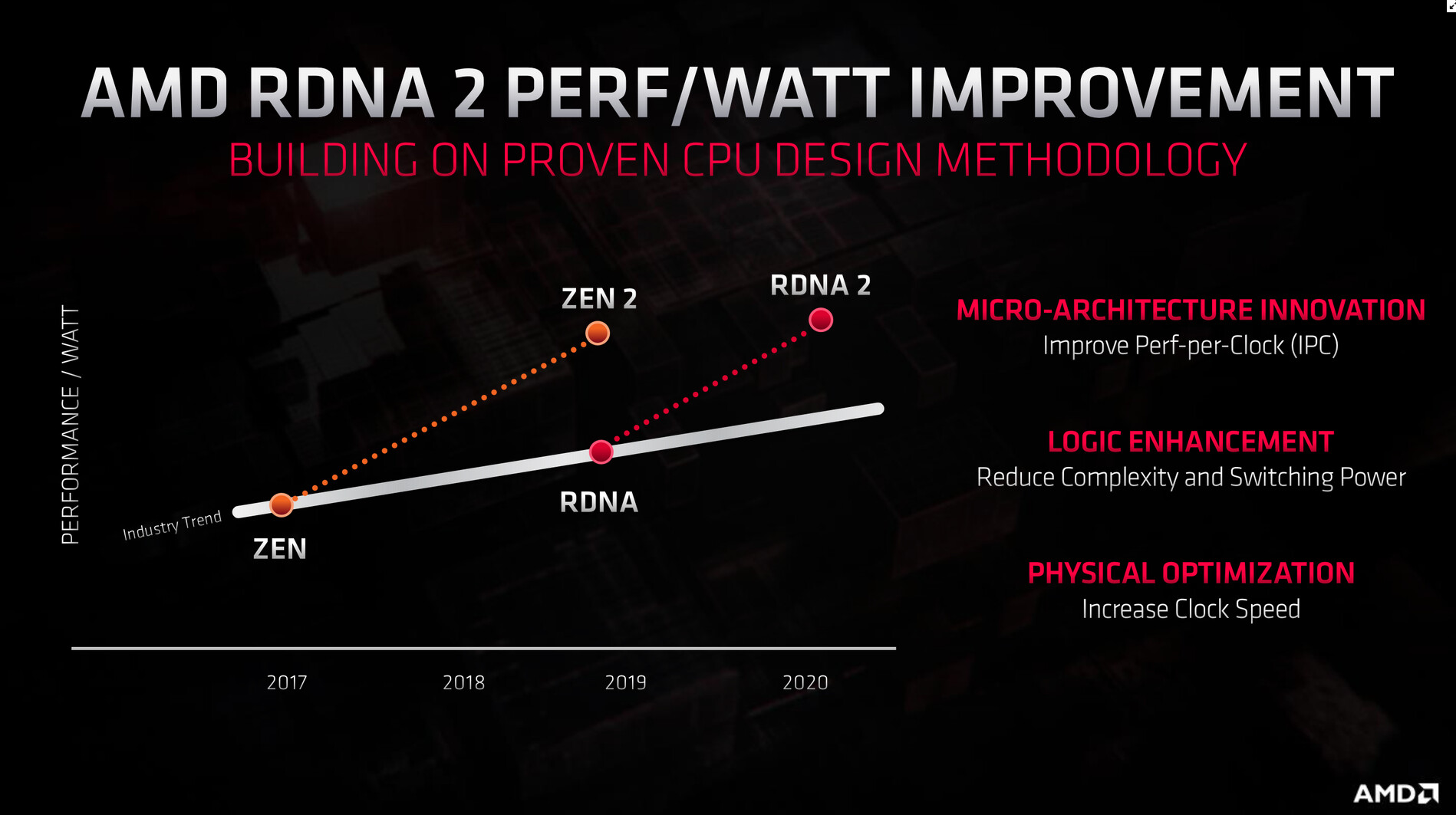 So i am glad both consoles will be very powerful even compared to standard gaming PC, and also good news for AMD fans who waiting for big Navi and want to to have RT card.

Now the problem will price, supply chains and memory price also there is Corona Virus that make it worse.

Tell me what you think guys and girls.

We knew it was going to be using RDNA 2 a long time ago. - Actually as soon as Sony mentioned the key word "Ray Tracing" we knew it was RDNA 2 based.

So it's nothing brand new that we didn't know before.

The new piece of information we got is the performance per watt, which will be similar in jump from Vega to RDNA, which is damn good... And will help close the generational efficiency gap with nVidia.

The wild card is what nVidia brings to the table this year, they will be matching the fabrication node with AMD, so AMD cannot rely on the latest manufacturing advantages to keep up in price/performance/efficiency anymore.

Well, this proves that the old 9.2 Tflops Github leak is just that, old, as that was Navi 10.

I feel people place to much emphasis on leaks and teraflops...

Sorry for double post, having network issues at work.

Having different archs for specific needs. The consoles won't have to rely on an all in one compromised GPU design. 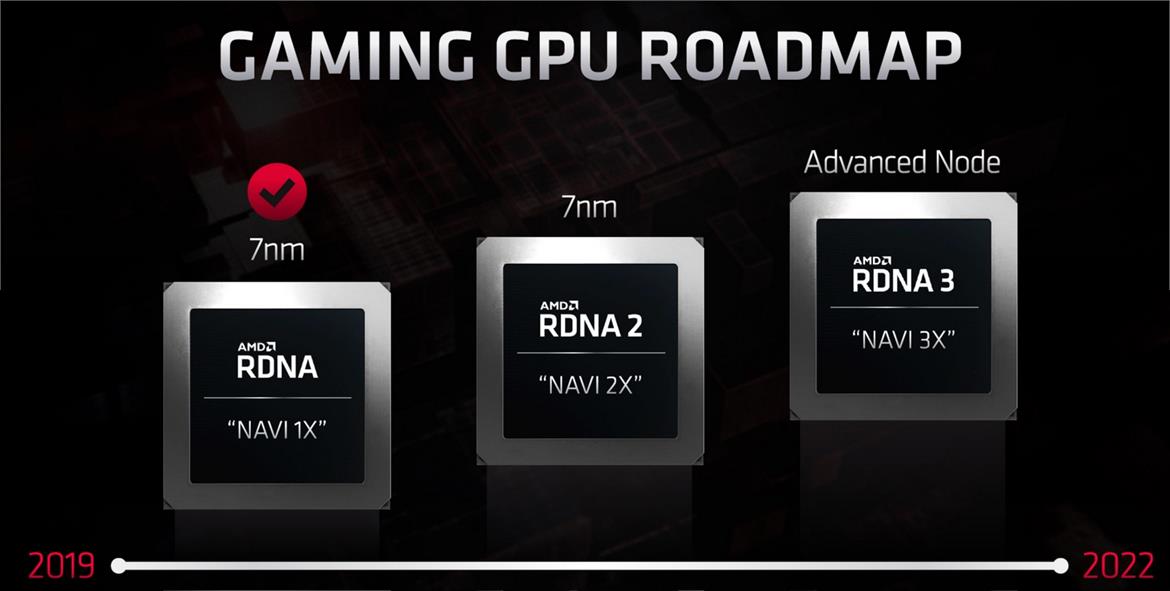 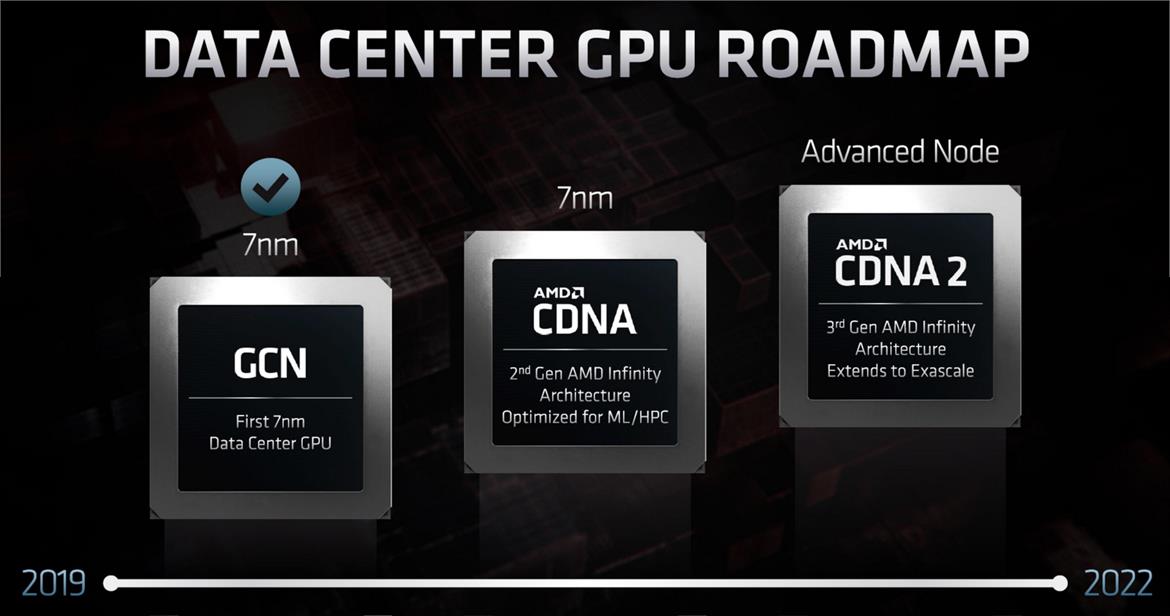 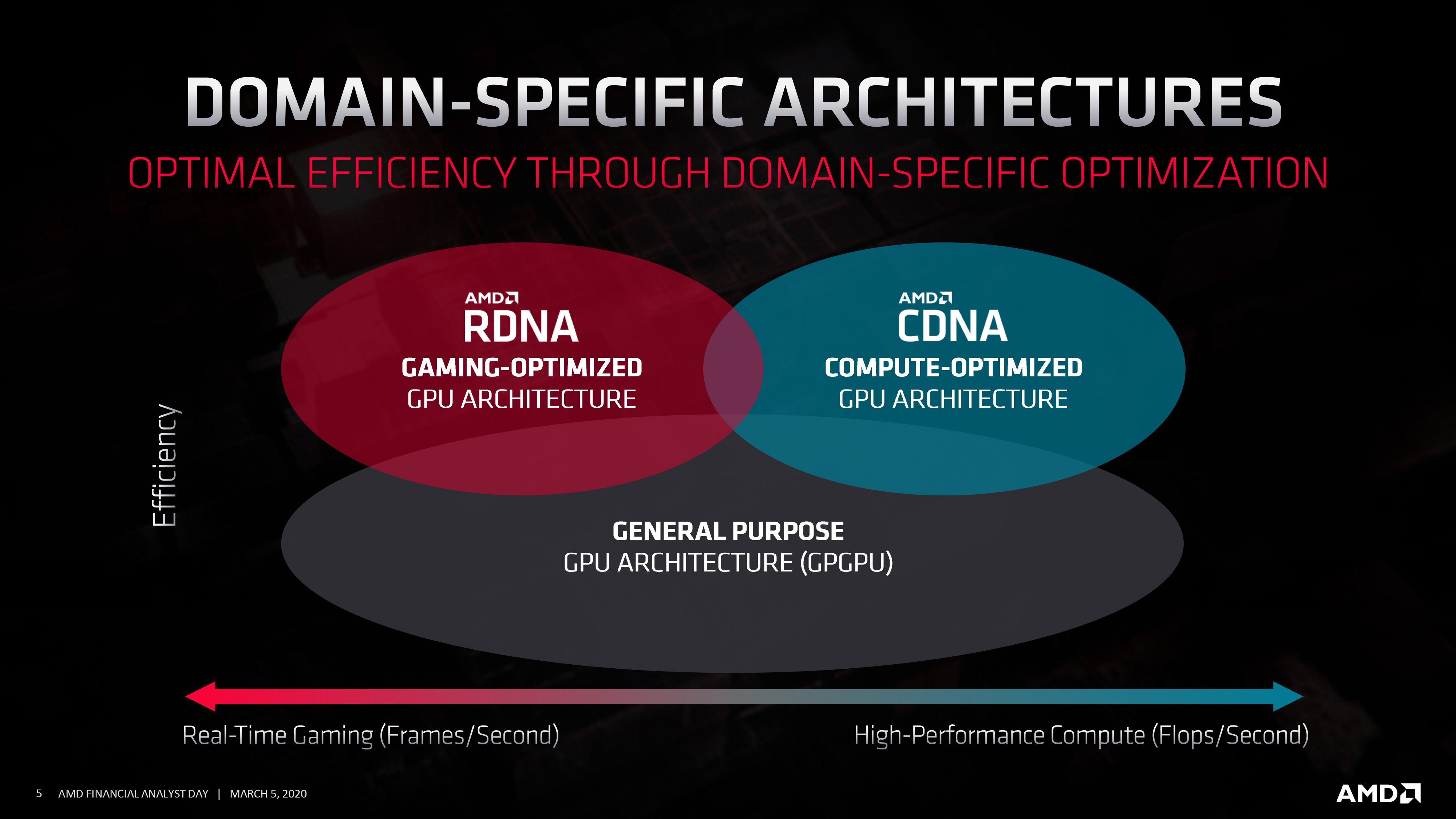 How much of this will find it's way to AMD's APU consumer tech? Could we still call them APU's? 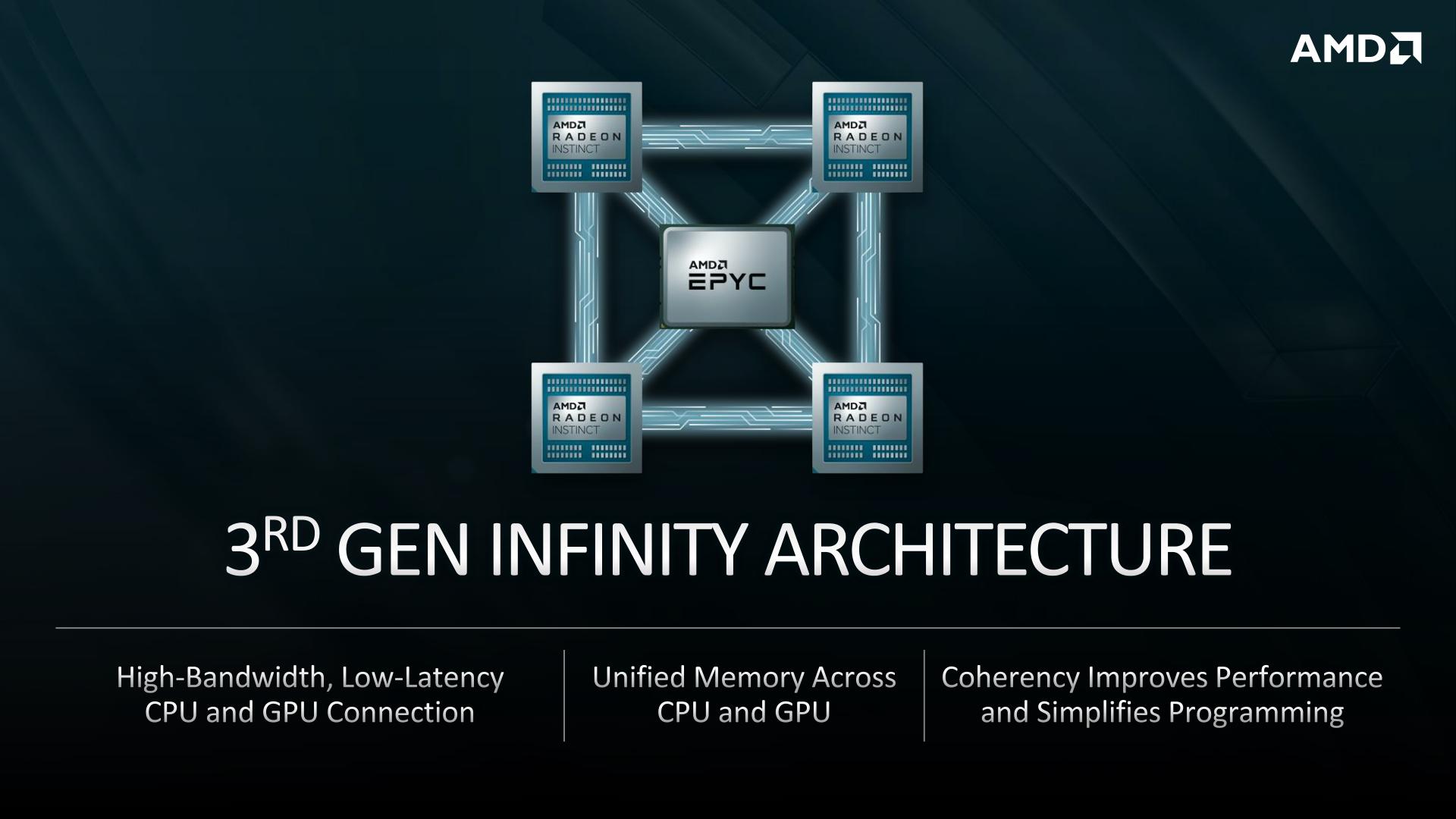 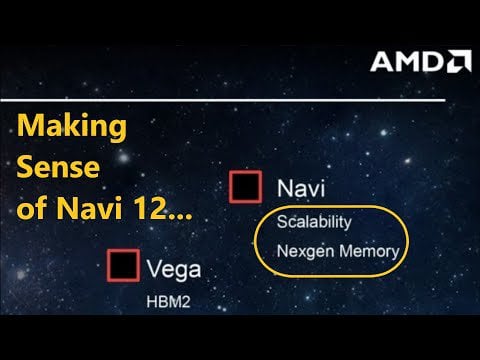 Glad to hear that Github leak finally get put to rest. It should’ve been obvious it was fake, but so many ran with it for the longest time. Now Sony just needs to come and give us V a few more specifics about this new beast of a console.

This will be the first time I will buy both consoles day 1.

I think most of the users here take rumours with the intended side of salt.