"It’s a compelling twist on the slick and stylish action we’ve come to expect from the Osaka studio, but for once it’s the downtime that elevates Astral Chain into potentially one of Platinum’s most exciting projects of recent years."

"Really, Astral Chain is the uncanny and not subtle combination of Platinum Games’ greatest hits: the fighting mechanics of Wonderful 101, Metal Gear Rising: Revengeance, and Bayonetta, with a lot of the tactical and visual elements of Nier: Automatica. (That game’s celebrated designer, Takahisa Taura, is at the helm of this one, too.)

Throw in the fact that we were shown a massive boss battle – as in, a boss that was massive – plus were teased branching paths in a single chapter, including certain pathways that require returning to later on with your skill tree artfully filled out, and you’ve got yourself one heck of a meaty, explosive, and inventive game that all looks fantastic on the Nintendo Switch."

I'm super hyped for this one, looking like everything Platinum's ever done right thrown together in a single package.

Astral chain looks amazing. Nintendo is having a great back half of 2019. Chain, machina, fire emblem, Pokemon, link awakening, etc. Not enough time.

Nice to hear! Been excited about this game since the initial announcement. I'm typically not a fan of hack and slash games, but this looks fantastic! I especially love the detective and investigation elements. I haven't played a single game made by Platinum, so this may be my first. 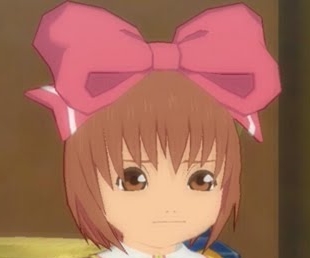 It's going to flat out be the BEST GAME OF THE YEAR!!!

It is the first in several games coming out later this year I plan on buying at or near launch. It was a fairly slow first half of 2019 when it comes to new games, but second half of 2019 is going to keep me busy.

I already ordered it so i'm glad about this

Looking forward to it! Need to try Nier Automata first, and I'm going to play it in anticipation.

Sadly, just today I started considering not getting this game day 1, as it'd be a lot better for me to have its $60 hit me on the September bill rather than the August one. I don't know if I can wait a week, though. Time will tell.

Game has a legit chance to slip into the top 5 Switch releases of 2019.