"Earlier this week, dubious-sounding rumours began floating around Facebook of an announcement at this year's Game Awards, due to be held this week - at 1.30am UK time on Friday, 7th December.

But then today, PlayStation Access presenter Hollie Bennett teased the following photo on Twitter - of a pair of Crash-coloured furry dice, the kind you might hang on a car's rear-view mirror. "Sliding into the Game Awards on 6/12," an accompanying message reads.

Eurogamer understands this tease to be the real deal, and Activision will make its CTR remake official later this week. It's no Mario Kart, but it'll keep us busy until Nintendo hits the track next."

the 4chan leak; Note: I'd take this with a grain of salt 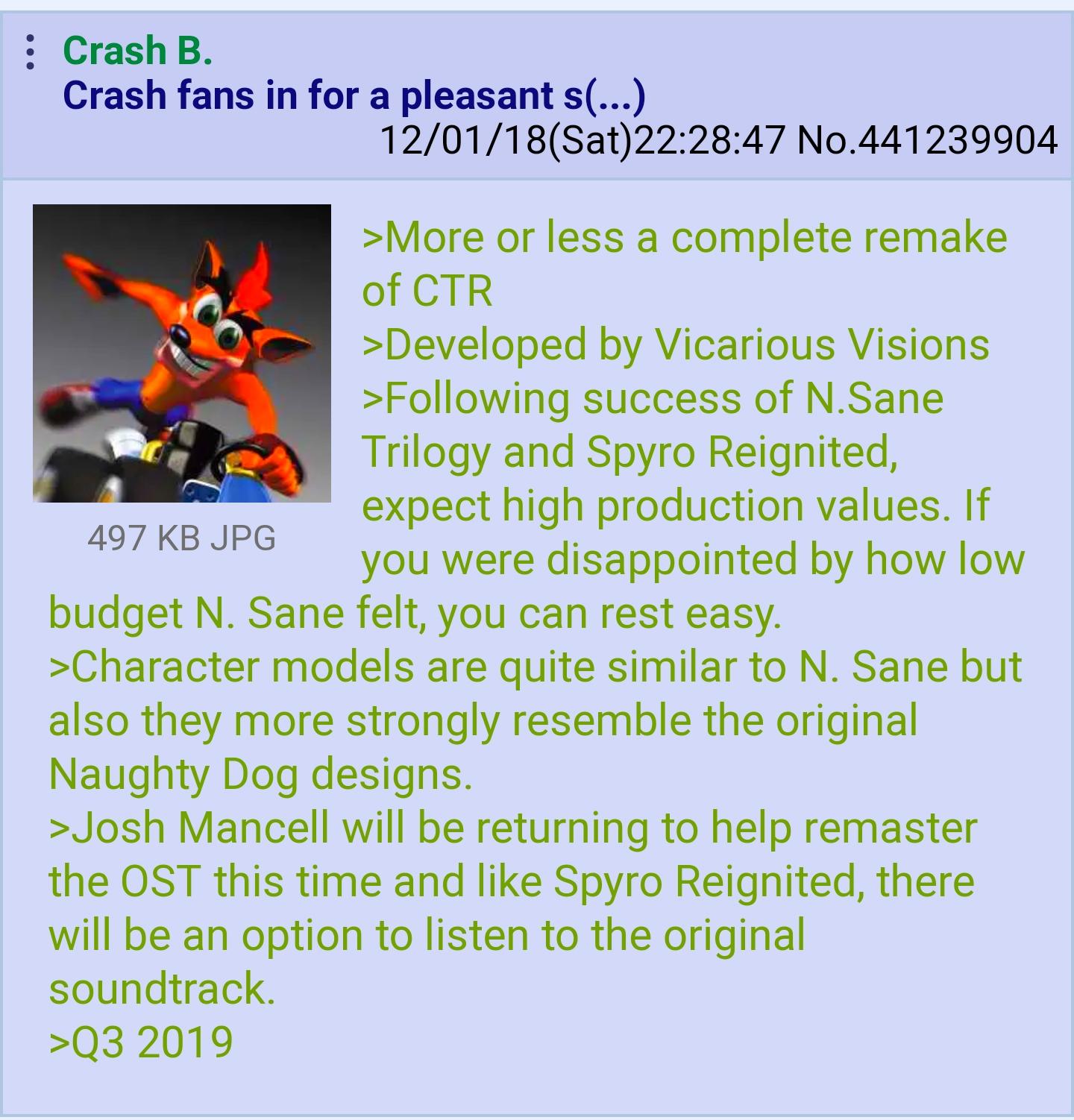 Sounds good, hopefully they include the switch at launch this time. Activision is really cashing in on these remakes right now.

Wonder if this will merit something new in 2020.

Don't forget than according to the official merchandise person for Crash games, Activision has a 5 year plan for Crash. he even teased a game in 2019. Turns out that is not a new game but a racing remake it seems (speculating). basically, definitely a new game within the next 4 years.

OMG it's finally happening guys after 2 long decades we are finally getting this masterpiece back again!!! <3

If they do it right and create a good multiplayer mode and add some new things it has the chance to become the best game ever created for me!!!

Best news of the day. Oh how I wish they’d make a VR version. Can’t get this Mario Kart VR footage out of my head.