Forums - Gaming Discussion - The Surge 2 announced for consoles and PC

i hope this one is better than your predecessor, since I played the first for some hours and i think its just a regular game. 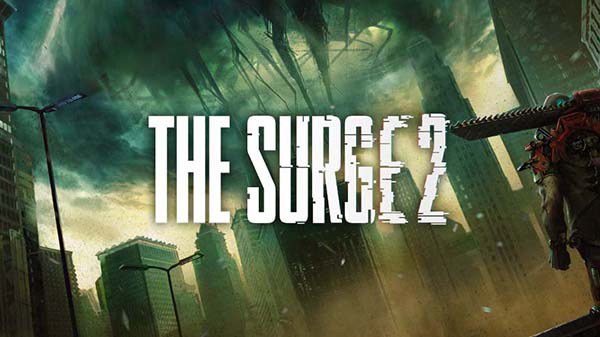 After the success of The Surge, our hardcore Action RPG released in May 2017 on PlayStation 4, Xbox One and PC, we are happy to announce the renewal of the partnership between Deck13 and Focus Home Interactive and the development of The Surge 2, with a release date planned for 2019 on consoles and PC.

The Surge 2 keeps what fans and critics loved about the original – hardcore combat utilizing a unique, dynamic limb targeting system and deep character progression – while also expanding greatly upon the formula.

The Surge 2 takes place in a brand new environment: a sprawling, devastated city with larger and more ambitious level design, made possible by Deck13’s upgraded and improved engine.

Combat is more brutal and tactical than ever, with even more options thanks to an expanded limb targeting system. In addition, more abilities, weapons, implants, and drones give players a vast arsenal to build their character with, in their fight against the array of diverse new enemies and bosses.

More information about The Surge 2 will be unveiled at Le What’s Next de Focus – February 7-8, the yearly press event organized by the French publisher in Paris. Deck13 will talk more about their new title to the international press, so stay tuned.

Wow, great news! I was hoping the DLC for The Surge pointed at the possibility of a sequel. Looking forward to this.

Deck13 are trying their hardest to make a 'Souls' like game and putting their spin on it. Yet Surge didn't (according to this website) even reach 500k sales. I presume they are either really good a money management or good at keep costs low enough to warrant this.

Eitherway, good job to them and keep trying.

Wow, that's great to hear. Bought it on PC shortly after launch and it was top 3 games of the year for me.

Honestly didn't expect a sequel because the launch was pretty slow, but it must have had good legs and high digital share.

We will probably get a Prey 2, too.

I'm interested in this. The Surge was well optimised too so that helps.

Now bring it to the Switch!

Nice. I just got the Platinum for the first one. I enjoyed it more than I thought I would.

Seems to ave sold really well and the reception also was quite positive. Congrats Deck 13. I want another Venetica though.

500K is their best selling game and really quite a lot for a small German team like Deck 13.

AngryLittleAlchemist said: We will probably get a Prey 2, too.

I know you're being cynical, but..That would be awesome. One of the best games of last year for sure.

First one was a good game, also great engine, 60fps on xbox one x and ps4 pro, well done.
The game deserved more love lets see if the sequel gets it

Yeah, they announced Lords Of The Fallen 2 a few years ago as well. Might just be a way to get some more attention for their current game. I wouldn't start getting my hopes up for The Surge 2 just yet.