Uhm, yeah? My point was literally just that the Switch was heavily supply constrained in its launch month, don't really know what's so hard to understand about that

And claiming only Nintendo could make a hybrid by ignoring what came earlier is what?

Almost all consoles are supply constrained on launch, so that is hard to see why it's relevant.

Yes, move the goals so we can never be wrong (all haters on the thread) LOL

ps4 was supply limited because of it's launch, but it's launch month was the holidays get the point? being supply supply limited at launch is the norm for a highly demanded console, but when it's a holiday launch it hurts sales a lot more, basically missing out on the holiday period.

In response to what you said to Supernova:

The goalposts haven't moved since cycycychris's original post. From the beginning he said that only Nintendo could turn such a product into a such a big success story.

In response to what you answered to my post:

I am not convinced in the least that Sony or Apple could do it. Sony at least has some success stories in the video game market, but Apple has only failure to show. Apple's entire corporate philosophy makes it so unlikely that they could succeed in the video game market. Sony's problem is that they need to put out hardware that AAA third parties approve of; additionally, all of Sony's first party IPs that qualify as system sellers also rely on processing power. So whether it's first or third party for Sony, what they need to succeed is at odds with the limitations that come with a hybrid design. Consider that Sony's Vita had to rely first and foremost on first party support in the USA and Europe - and in the USA which is the topic here - Vita fizzled out at ~2.4m units lifetime. You can rightly argue that Vita was far from ideal execution, but there's only so much tweaking Sony would be capable of. Ultimately, their first party wouldn't be able to carry the system and convince third parties. 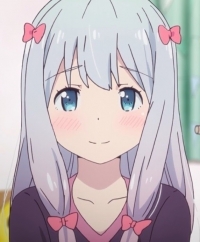 Incredible sales... it's a monster!

I've literally never denied that. You said the Switch had a well stocked launch, it didn't, that's what I'm arguing

we have john harker telling us 2.5x over october, so switch shoudl have did 750k-780k for November, switch did around 1.45 in December.