I wondered how many games each console had in the VGC yearly top 100, for every year. Here are my results: 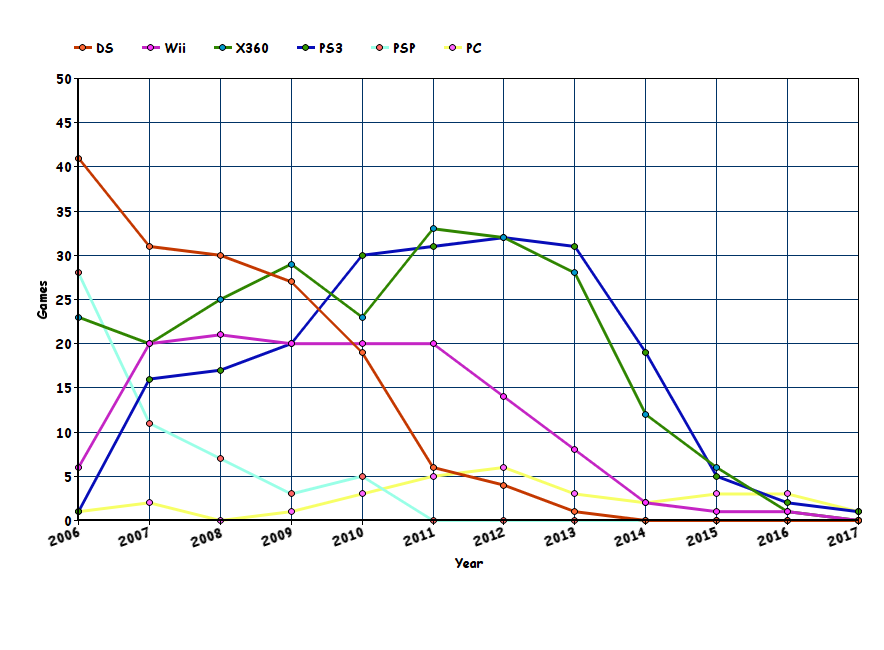 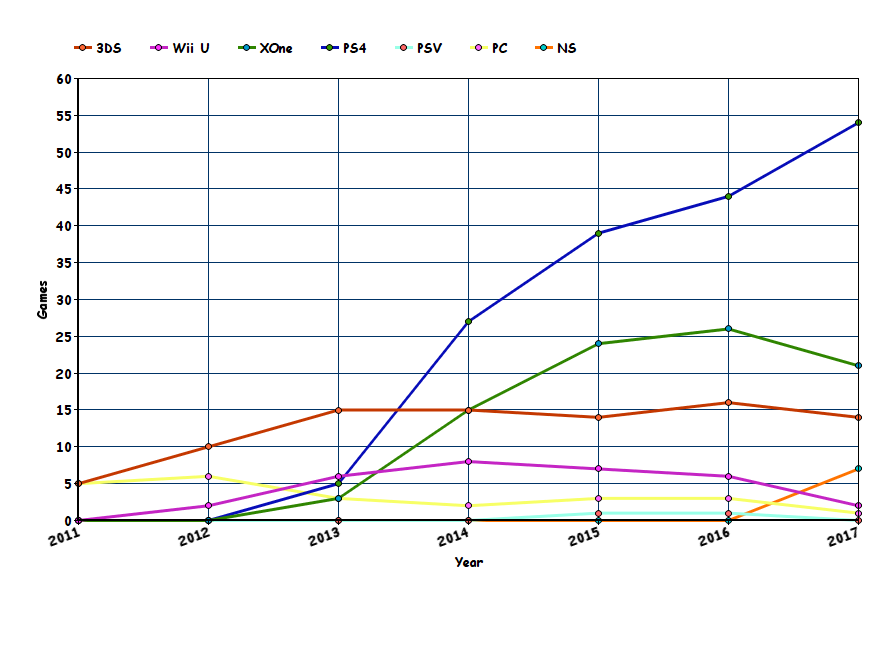 Note: I forgot 2005 (the first year), but I'm not going to make these graphs again. Since VGChartz doesn't count gen 6, it would be a boring year anyways.

Damn the PS4 is really dominant when it comes to selling software.

Pretty interesting results. Kinda surprising that it looks like PS3 never really surpassed X360 when it comes to this. They were close a lot, but it looks like 360 just has the edge for the times when they weren't,

Oh, and PS4 dominating more than even the DS

Also wow at PS4 numbers. That's madness and the year isn't even close to being over yet..

Switch has more good games in its first uear than the wii U's peak lol.

I doubt PS4 numbers will be higher by the end of the year.

2017 has been a poor year for XOne so far, but most of the big multiplats release at the end of the year. Also, the XBONEX releases soon, so sales for XOne will be higher.

Since XOne will be doing better, PS4 numbers will probably be down a little bit. (Of course, they'll still be a lot higher than anything else.)

Yeah because PC is not on top?