Forums - Nintendo Discussion - What would make you pay for Nintendo's online?

So the Switch is going to charge for online play. I tried playing FAST RMX online this morning and it was actually pretty good... But not good enough to pay for. Anyway, online is an area that Nintendo has always been behind on. Right now, I wouldn't even say they're close to Xbox Live from 2002, much less the Xbox 360/PS3 days. Yet, here they are, expecting us to pay a monthly fee.

I'm an optimist, though. Maybe Nintendo has been paying attention. Maybe they have a trick up their sleeve that will make it all worth it. But what would make YOU pay for their online service on the  'ol Switcheroo?

Online multiplayer achievements. It's what usually gets me to begrudgingly pay for PS+/XBL Gold (other than the times I genuinely want to play online, or they are offering good freeplay games).

But since it seems they won't have achievements at all... that means no online ones and no need to pay for online mp.

Liberty to load up your account on any Switch and access your cloud saves with the possibility of family sharing it.

Basically a digital play anytime, anywhere with anyone.

For me, it'd have to be Super cheap. I mean Mario with a super mushroom cheap. FAST RMX was okay. No lag. Quick matchmaking. That's about it. No chat, messaging, asking for a rematch, or anything. It was as barebones as it gets. I don't see this console scratching my online itch.

Complete access to the SNES and NES catalog.
Or well.. more than ONE GAME that you can't even own..

"cloud saving" would be my answer if I had a switch dying. Since you know.. you can't move your saves off your switch at all. Quite clever of them. "Hey you there drowning, want a life vest? That will cost you."

Honestly, I don't know. I'm dropping my PS+ membership next month because I rarely play online and the "free" games are mostly duds. Nintendo's service will need to be cheap and provide access to more attractive games.

I need people to play with. I have a high school friend I play games with every week or so, and he's honestly the only reason I pay for PS+. The service is useless to me otherwise. If I have enough friends playing Splatoon 2, or another multiplayer game, then I'll pay to play with them. If not, I'll need other incentives.

That being said, if the price is cheap as rumored, I'll probably ignore that stance above and just buy it. I gain nothing from boycotting something that I would likely enjoy, and if it's the price of a single game a year, I'd have a tough time rationalizing why it isn't worth it. Gaming is by far my cheapest hobby anyway.

I wonder if one account has paid for the online, will all the other system accounts benefit from the services as well? 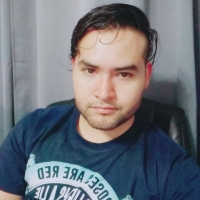 Hard to say. At this point probably nothing. I used to enjoy playing online with my cousin and some friends, but now everyone's moved on and I don't really have friends who play video games. Except for fifa which is the only reason I got ps+, but after the subscription is up I'm not renewing it. I'm more interested in their single player offerings. If my friends started playing again and there was a cool online game for it maybe, but I don't see it happening.