Forums - Microsoft Discussion - Halo 5 Series Director: “Plenty of chance that Halo 5 could appear on the PC”

The source (don't forget to check it) is dsogaming.com

Halo 5 Series Director Frank O’Connor: “Plenty of chance that Halo 5 could appear on the PC” 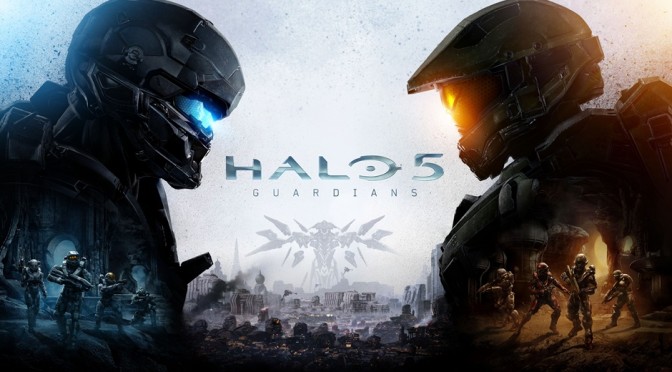 “You know, Microsoft has made a huge commitment trying sort of… I think normalize the Windows experience across multiple platforms. You see the elements of Windows 10 are going to appear in Xbox and Cortana and stuff like that. There is plenty of chance that Halo 5 could appear on the PC. Nothing to announce at this point… you know, we developed the game on an Intel platform. It wouldn’t be the hardest thing in the world to move it to PC and take advantage of PC stuff. But nothing I announce today on this chat.”

Twitch video is on the source

It’s pretty obvious that Frank O’Connor would be really interested in bringing Halo 5 on the PC. The big question now is whether Microsoft is interested in such a thing or not.

I could possibly see MS releasing Halo 5 on PC in a year (or even later). Wouldn't really count on it though.

I knew i would be wise not to buy a XB1 when owning a beast PC.
Not because XB1 is bad, i just don't need to own two platforms for the same games.
especially since PC will have the ultimate version.

It's not really them actually trying to "commit", it's them more or less taking bits and pieces from XB1 and slapping them on PC much later on at full price and locked to Windows 10 only, same with their attempt at giving PC folk a wireless XB1 gamepad with dongle that will only apparently work with windows 10.

Basically you either take our OS or you're fucked, that's hardly a commitment, I like 7 and it's nowhere close to being like XP in terms of the dodo and there are still plenty of folk on 7 let alone 8 that haven't moved. I really really don't fancy the way 10 is in general (yes I have tried it, step off) and I don't like them locking everything onto it either and going with "take it or leave it" kind of attitude, they aren't the winners this gen and they aren't doing so hot with PC folk, beggars can't be choosers(don't throw us into that phrase I swear to god), the least they could do was actually give us ports on time and not 5 years down the line at full price for minimal changes and throw it on their 3 current OS's, that way they sell plenty more in terms of software sales which is what the game should be all about when it comes to them and making a profit on PC since they don't sell hardware prebuilt desktops to PC gamers, it's all about the software.

I'd love to play Halo 5 though but certainly not 5 years or 10 years later, it's gotta be next year at the least and let me play it on 7 and don't lock it to only your store on one OS, won't ever get a sale from me going about it that way.

(Whoever quotes me don't throw in Windows 10 as a software sales argument, I'm not going to bother with that).

Doubt it. They released a halo online for Russia a few months back. They might just release something like halo online 2 but with modes from halo 5 and maps etc.

Regardless to if Halo 5 ever actually makes its way to PC, i like that they're at least acknowledging the possibility. It won't stop the frothing frenzy people on every side would inevitably get themselves into, but it not being a surprise should curve how long that frenzy lasts.

Where's the rest of the series ?

It's going to happen! *cross fingers*

How are the next-gen consoles trending on social media?  Why are they popular? Join Social Media Monthly to find out what everyone is talking about!

Of course it will.MS is focused on pushing Windows 10 now instead of Xbox so it would be a wise business move.

I can see it happening via Windows 10.