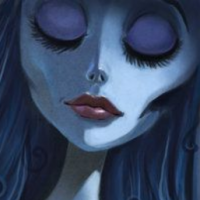 I agree that 2014 was incredible for music, IMO one of the best years ever

And my most anticipated for 2015:
Imagine Dragons - Smoke + Mirrors
ONE OK ROCK - 35XXXV 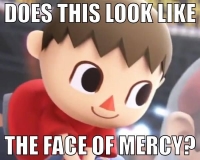 Top 5 most anticipated.. I don't know any that are coming out next year yet so :P

Very good year for music. I'm anticipating Bjorks next record. Nothing else at the moment.

Don't have a top 5 2014 was pretty mediocre when it comes to music.

Personally, I thought this year for music was much weaker than 2013. Nevertheless, here are my top 5 albums.

3. Everything Will Be Alright in the End by Weezer [standout tracks: "The British Are Coming", "Go Away", "Cleopatra"]

1. Great Western Valkyrie by Rival Sons [standout tracks: all 10 of them]

-> I'm hoping that Radiohead, Billy Talent, Queens of the Stone Age, and Deafheaven will release new albums in 2015.

This year was terrible for music...if all the music from this year came out last year, I don't even know if any of these albums would be in my top 10.

This album was easily Chevelle's best album in years. I really enjoyed Hats Off to the Bull, but this tops that album in every way. The songs hit hard and stay interesting and this album turned out to be the only one I am repeatedly coming back to.

2: So Much Forever by Bike for Three!

Over the course of the year, this was the only hip hop album I really enjoyed. Now, my tastes in hip hop are fairly strange and unfortunately, very few of the artists I like released albums in 2014, however, this album was really on point. Buck 65's solo stuff wasn't really what I wanted, but this album was.

I'm not entirely sure if I should include this album. I'm not the biggest fan of post hardcore music, but going back and listening to all of Circa Survive's old albums, there was a lot I enjoyed. While I enjoyed Descensus, I'd say it was their weakest album of the ones I listened to. Still enjoyable and a nice change of pace from my usual music, but this wouldn't have made the top 5 in a stronger year.

4. The Joy of Motion by Animals as Leaders

Another fairly strange choice for me, this album was quite strong, but not the type of thing I always listen to. I put it on every once in a while, but despite its technical merits, its not entirely my favorite album


I couldn't really find a fifth album that deserved a place on my list, but there were a few albums that I found interesting, although they didn't belong on this list:

Honorable Mentions (In no order):

Thinking it over I think my favorite album of the year is easily the Guardians of the Galaxy soundtrack. Even though it doesn't feature any new/original songs as far as movie soundtracks go its pretty good I give it a 4/5 its the best one since the Django Unchained soundtrack which I would rate a bit higher since it also contains some original songs. Also when it comes to pure instrumental soundtracks Interstellar is probably the best one, but last year was even better for Hans Zimmer since I really liked his work in Rush, 12 Years A Slave and Man of Steel.

I'd replace Rock It with In The Moonlight.

2013 was the year when I purchased most of the albums/singles of my collection... This year, ugh not so much since I went mostly digital.

In no particular order minus FEMM:

Honorable mentions would be Kaori Oda's Colors, FictionJunction's Elemental, and the best albums by Kalafina "Red" and "Blue", and Namie Amuro's "Ballada". I didn't get to purchase or listen to Yamapi's "You" or Asobi... Which sucks.

FEMM is overall my favorite thing of the year, the whole concept is silly but interesting. Although their music is produced and the generic lyrics are both by western producers.. They're catchy as heck, just what I needed.

Looking forward to Koda Kumi's 15th anniversary album and celebration, and whatever Namie has in store.