Bungie's Destiny received mixed response from critics, review score were as low as 6 and many termed it as the "most overhyped and biggest disappointment of 2014". These criticism didn't came as a surprise for many as Bungie, Activision and Sony marketed/advertised the title as the next big thing in FPS genre which will re-write the records in the history book.

"for the life of me I cannot understand how anyone could rate @DestinyTheGame a 6, I think anything under 8 for such a game is ludicrous." tweeted Pessino.Well Known industry insider shinobi602 jumped into the conversation and replied that he personally liked Destiny, however it does have some "baffling shortcomings" which was the surprising part considering the fact the developer are BUNGIE.

"I'm having a lot of fun with it, but there are some baffling shortcomings with it that surprise me from a dev like Bungie." replied Shinobishinobi602

To this Pessino admitted that Destiny has its share of shortcomings, but i deserve much more than a review score of just 6 considering its scope and art.

"not suggesting it has no faults or that a critic has to love it, but come on... 6? It deserves more just on scope+art :)"

On a funny note, shinobi602 pointed out a post on NeoGaf where user wrote: "If this (Destiny) is getting terrible reviews, how bad are the reviews of order 1886 going to be..."

Pessino had a laughed at it and replied: "ha ha.. hard to argue with such logic! :)"

How many of you think that critics came hard at Bungie's Destiny and the game deserve atleast a review score of 8/10? Tell us in the comment section below.

Yeah especially after playing PVP I do NOT get how this game has the scores it does. What were people expecting from the story? You knew (or should have known) they weren't going to tell the whole story when it's going to be a 10 year project and most probably didn't bother with the Grimimore cards that give most of the context. They all say the gameplay is solid, the enemies are diverse and have good AI, the worlds are expansive yet confined enough to not have empty space, the strikes are challenging and fun with friends, and the bosses are pretty epic. Where does this game deserve a 75?

That guy on GAF was correct.
If Destiny is barely managing to cling onto 75 meta, given the amount of negativity following The Order throughout the months, it is dangerously approaching Knack territory.

Boring games should stick together!

Then surely the point is to not judge it until it is released.  If Destiny's hype should have been ignored then so should the negativity around that game until it is in the reviewers and public's hands. 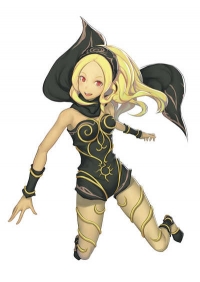 The Order will score better than Destiny. You heard it here first.

Games fun - I'm enjoying it. 10/10 for gunplay & movement, exactly how it should be.
Story is kinda useless, I mean I dont understand a single thing that is going on.
Peter Dinklage's voice acting is.. well... shit.
Everything else I like. Playing with friends never gets boring, i've been craving a solid coop experience for a while now and this is it.

That would be pretty depressing, and I don't even care for The Order! :/

So just looks again? You know, gameplay and story is what I hope anyway, most people look at first after the glance of the well-made presentation and artsyle, if there is any.

So no, I think these reviews are quite fair.

Idk... it looks like we may have finally gotten to the point where shooting things is getting stale. It happened with platformers and other genres.