Forums - Gaming Discussion - Youkai Watch has been Trademarked as Yo-Kai Watch in the U.S., LOL but true.

Youkai Watch, Level-5's tale of a magical watch that lets its user see spiritual beings, released in Japan last July for the 3DS. Localizing software isn't exactly free though, so we've resigned to just imagining what it's ... wait, Level-5 recently filed a trademark for "Yo-kai Watch" with the United States Patent and Trademark Office? Huh. You can't print out and play trademarks in the 3DS' cartridge slot though, so take this as a potential hint instead of an outright confirmation of a planned Western release.

This isn't the only hint that we've seen recently for localized Level-5 projects - soccer RPGInazuma Eleven popped up (and has since disappeared) on Nintendo's release calendar for the 3DS earlier this month. The weapons shopkeep simulator Rental Bukiya de Omasse alsoreceived a content rating from the Australian Classification Board. Hopefully the next Nintendo Direct brings a slew of Level-5 announcements, similar to the October reveal of plans to localize the Guild 01 series.

You can check out the trademark for yourself by searching for "Yo-kai Watch" with the USPTO's Basic Word Mark Search.

Well Nintendo said they would get more japanese games to western regions.

...and with them putting a region lock on their consoles, its the least they can do.

I am just glad its coming out lolll

Hopefully it doesn't take much longer. 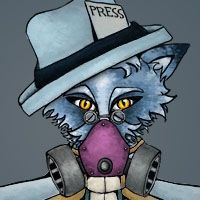 I'm pretty positive this was trademarked a little while ago, but whatever.

What's funny about it being named Yo-Kai Watch, though? My Mac doesn't think it's spelled incorrectly anymore, good on it.

So, when do you think this game will come out?

Nothing strange about the spelling change. The Japanese pronunciation of Youkai or Yōkai is closer to Yo-Kai than you kai. An example http://www.forvo.com/word/youkai/

You would also think that they would translate the word Youkai, but it is hard to find a word that directly corresponds in English.

"Spirit" would have worked fine.