I don't know why everyone is so hyped up for this upcoming generation! I'm only talking  about Sony and Microsoft here!

Almost every game shown in this E3 looked the same! I don't get it why poeple get hyped up about these realistic graphics! I mean it would be okay if there are a variety of different art styles but that was simply not the case!

Don't come to me saying thats not true because tell me the graphical difference between games like:

I'm not saying these games look or play terrible but they do look the same which makes me sick!
Also: GUNS GUNS GUNS ... GUNS EVERYWHERE!!! IN EVERY GODDAMN game, I just listed, are some sorts of weapons included! Wether they are futuristic, historical or psychic (like in Infamous).

Are developers just too chicken to exclude wapons from their games? Are they afraid it would suck???

I just can't see why everyone is interested in these games...and DON'T start with saying: "Nintendo's games are all the same" because thats simply not the truth and you know it! Most of Nintendo's games look and play differently. Just compare Zelda to Mario to Metroid and then to Bayonetta 2 or even X!

With due respect to MGS V. I don't care about the graphics and guns but the characters, being sneaky and the crazy story Kojima pulls out.

True enough, I only really play the open world games when I have one of those other systems. Here's hoping for Viva Pinata 2!!! I personally would be happy if all the games went back to the 16 bit era. Games were much more fun back then. 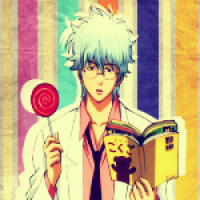 Are you seriously comparing Ghosts with MGS V ???

I want Klonoa 3 and a new GOOD Crash Bandicoot. Even Gex would make me happy!

Yep. As I watched the various shows all I saw was essentially the same game with a different character model and weapon.

So glad Nintendo is so different.

If you really think all those games looked the same you need to stop doing this.